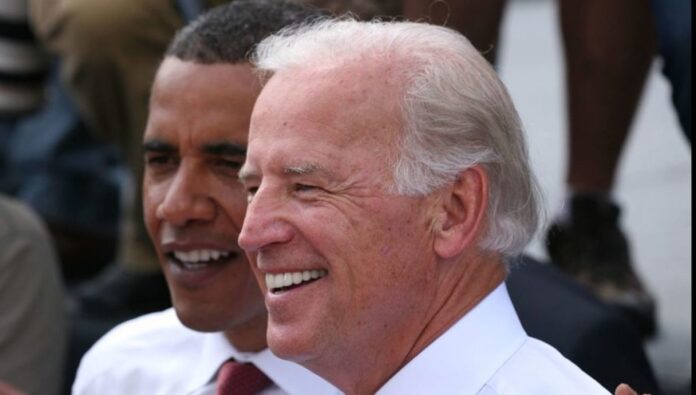 Joe Biden is making such a mess of things with his rash actions that he is finally coming under investigation for some of his misconduct. The Government Accountability Office is investigating his grab of billions of dollars that was supposed to be paid out to the companies that were building the border wall at the Mexican border.

Joe Biden hated the idea of letting any Trump-era projects to continue while he is in office. So, he took out his royal pen and signed away, halting every project Trump had started.

One news agency stated that “Now the Government Accountability Office is launching a review to determine whether the new president broke the law by freezing the money in violation of budget rules designed to keep Congress in control of the cash flow.”

The president is not supposed to have control of money. By stopping the cash flow to the contractors at the border, he overstepped his authority by taking such actions. The report when on to mention that the “The probe highlights the challenge presidents have historically faced in fulfilling campaign promises that require money to be spent — or suspended — at odds with Congress’ intent.”

Biden’s actions caused a massive movement of invasion troops from several countries to the south of Mexico. And the fact that Mexico is doing nothing to stop people from flowing through the country reminds the world that they hate America as Iran and China.

The Government Accountability Office received a letter that was signed by forty Senators demanding that something is done. They all noted that by Biden stopping the construction of the walls, “operational control of our southern border was comprised, and a humanitarian and national security crisis has ensued.”

Biden is a rogue president. He has no intention of listening to the people that are being hurt by his lawless actions.

The Senators went on to note that the situation at the border is avoidable. They said, “The President’s actions directly contributed to this unfortunate, yet entirely avoidable, scenario. They are also a blatant violation of federal law and infringe on Congress’s constitutional power of the purse. We write regarding these actions. We believe they violated the Impoundment Control Act (ICA), as interpreted by your office, and we request your legal opinion on the matter. Prompt action to end these violations is required to restore order at the border.”

The forty Senators were joined by sixty House Republicans seeking answers to the crimes being committed in the White House. They took time out of their day to write to the Senate for the sole purpose of being added to the list of names requesting an investigation.

The exciting thing is that Biden may not face any formal charges as long as there are many spineless Democrats running the Senate. They love the fact that Biden took his pen and wiped-out Trump’s security measures. This gave them the crisis they needed to radically change the immigration laws to be more suitable for a socialist America.

Liberals love conflict. They need it to hide their anti-American beliefs. The southern states are being overrun, and Biden seems not to care that America is under attack. Ever since he reversed policies and tied up progress, the invaders have started to march northward.

Joe Biden wanted a border explosion so his administration would have something to do. He wanted people to put them in cages, so he appears to be the hero when he releases them all with his stolen pen.

President Trump put Americans first, and here is Biden putting Americans last. At last check, Biden was elected by Americans and not illegals. He must have conveniently forgotten that part of the election. He is supposed to put America first, and so far, he has put the country last.