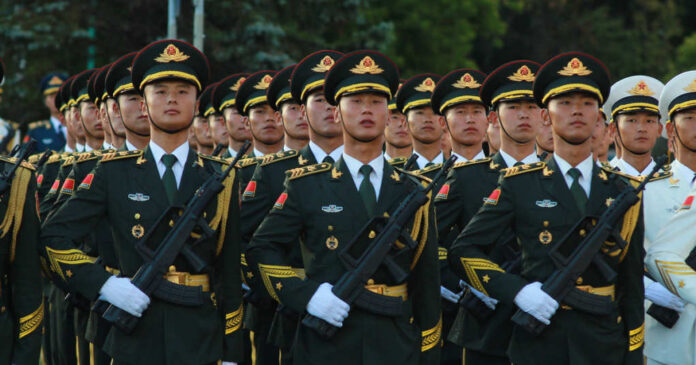 A Chinese man who is currently exiled in Europe confirmed what the Chinese government has denied for years. As a former detective, the man known only as Jiang has first-hand information regarding the abuses inflicted on Uygur Muslims in his native country by government forces who keep them confined in slave camps.

In the past various reports of torture and widespread rape have been leaked here and there, but Jiang was willing to sit down and detail just how cruel and inhumane the treatment of the Muslims in captivity is, and his words are not for the faint of heart.

In the far western area of China where the Ugyr Muslims call home, Jiang witnessed hundreds of Chinese police officers in full battle gear descend upon houses in the region. Entire families were dragged into the streets prior to being hoodwinked, handcuffed, and forced into buses.

Once the Uygurs were deposited at their final destination they became subject to interrogation. “Kick them, beat them (until they’re) bruised and swollen,” he said. “Until they kneel on the floor crying.”

Jiang said that every new detainee, including women and children age 14 and older, went through the interrogation process even though they had no secrets to reveal. It’s a method of control to let them know who the bosses are and to give the government grounds to hold them in captivity forever.

Depending on the mood of the guards has everything to do with which torture techniques they use on any given day. It can also be a matter of individual preference. Sometimes victims are strapped into a special immobilization chair where they are unmercifully beaten, while yet others are hung from ceilings like sides of beef.

Sexual violence, waterboarding, and the use of electric wires fastened to certain body parts are among a few of the favorite torture techniques that get the guards all giddy. Denying sleep, food, and water for days is another bell ringer.

Jiang said, “Everyone uses different methods. Some even use a wrecking bar or iron chains with locks. Police would step on the suspect’s face and tell him to confess.” The problem is they have nothing to confess and the guards are well aware of the fact. It’s their job to get them to confess to crimes they didn’t commit.

Jiang said the Muslims are arrested on fake terrorism charges though he admitted to never encountering a single one any of them who would even know how to do such a thing. Uygur Muslims are poor and prefer to be left to their own devices. They’re reclusive to life outside of their communities. According to Jiang, “They are ordinary people.”

Every new detainee is tortured until they confess to being a hardcore diabolical terrorist with the intent of overthrowing the government. Once their forced confession is documented they’re carted off to a deterrent camp designed especially for them. Here, they are less than hospitably welcomed by a new set of guards with the freedom to assault at will.

Just since 2017, it’s estimated that over 2-million Uygurs, with a few other minority groups tossed in for good measure, have fallen victim to their own devoid of conscience or soul communist government.

If anything you use during your daily routine is stamped “Made in China,” chances are it was manufactured with slave labor. Uygurs are forced to work long grueling hours under often horrid conditions, for which they receive nothing other than another day of live life in captivity.

The only way to stop the atrocity would be for the U.S., U.K., and the E.U., to all, simultaneously wage full-scale war, which no country in its proper mindset wants to do. So China’s crimes against humanity will most likely continue until the Ugyurs are extinct. A page in history.

The end… Until the Chinese can find a new minority to exploit. Which they will.