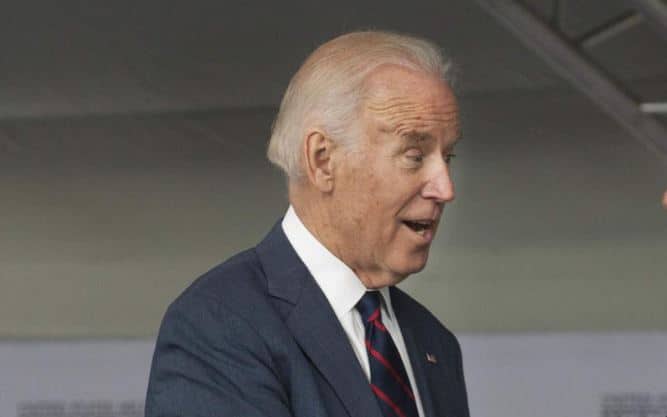 What does it say when you compare voting for Biden to eating a bowl of $h*t? Well, when it means that you’re in the same party and he’s now you’re president, you should get used to eating big bowls of it every day.

Nina Turner is a former Ohio state representative who served as co-chair on Bernie Sanders’ presidential campaign. She made headlines when she referred to voting for Biden in such a colorful way.

Now, Alexandria Ocasio-Cortez has decided to throw her support behind Turner as the controversial woman chooses to run for the Housing and Urban Development Secretary’s seat in Congress – the seat left open by Marcia Fudge’s appointment to Biden’s cabinet.

Apparently, both AOC and Turner alike wish it were Sanders in the Oval Office as opposed to Biden. They struggled to get behind Biden as president, though they voted for him over Trump because it was the lesser of two evils, in their eyes.

If AOC were the strong Democrat that she claims to be, she’d make sure that she was fully onboard with Biden. She would have chosen not to support Turner because of her $hit-eating comments regarding Biden’s candidacy as president. However, AOC is essentially saying that she agrees, and the two women see eye to eye on what they really think about Biden.

AOC tweeted about Turner recently, saying that she is a “bold, unapologetic progressive who has spent her entire career advocating for the working people of Northeast Ohio.”

Should Turner become a member of the House of Representatives, Biden can look forward to two people (if not more) who liken him to eating a bowl of feces.

AOC has chosen to back Turner because she wants help to push for the progressive policies that are so important to the liberals. Controversial? Absolutely. However, AOC doesn’t agree with listening to the people. She’ll listen to the minority who want to change the country in the most dramatic way possible.

Turner has said that “It’s time to build an America as good as its promise.”

What promise would that be? It’s hard to imagine her wanting to build an America that is based on the Constitutional promises we’ve all been given. She is not interested in protecting our freedom of speech or our right to bear arms.

Instead, she wants to focus on such things as a $15 an hour minimum wage and Medicare for All. She wants to play Robin Hood, stealing from the rich to give to the poor. Raising taxes to help the poor is not the answer. Instead, we need to remind people that the American dream is based on working hard.

Meanwhile, it also begs the question of whether she’s actually willing to build America with a president she didn’t want. She had quite a bit to say about why she didn’t want to vote for Biden. For her, it wasn’t a matter of voting for anyone but Trump. She was all in favor of Sanders, comparing Biden to eating a bowl of feces.

Is that the kind of woman who sounds like she’s going to be all-in for working with Biden? Unlikely. So, she’s going to be another argumentative force in the House. With so many House Democrats already saying that they don’t want too many progressives, Turner is not going to make friends.

She and AOC might as well break off and create a third branch. Their socialist attitudes can be exposed for all to see. Then, it will be easier to get down to business. The progressives are only going to make it harder to focus on any real legislation that can help the country.

The only thing we can hope for is that she highlights the dangers of too many progressives in the House. By 2022, it may be enough to tilt the scales in favor of the GOP.