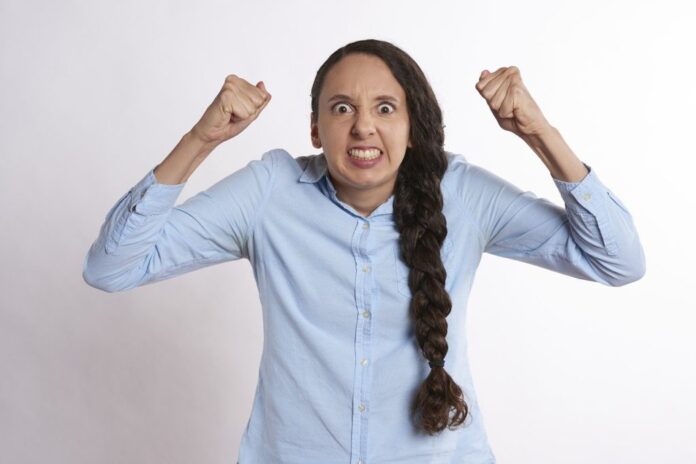 The person in question is the vice president of a school board in the city. And she is in hot trouble after she went on a rant about how Asian people were ruining everything about the country she holds dear.

The vice president is Alison Collins. She got all upset with Asians that had learned how to be successful in the United States. And what makes things even worse is that she has forgotten what it means to be an American.

There are people from many countries that call America their home. They are not from their homeland anymore because they have chosen to be American. And the fact that the liberals want to continue to push ethnic division instead of American unity is a deliberate attack on people that do not subscribe to racial ideology. They would rather live-in unity than continue to fight about things that are not true.

But Collins wants to attack the Asians because they have lighter skin than herself. It all comes down to the fact that she is jealous of the Asian’s success in American and wants to brand them as a white supremacists.

Collins thinks that getting married and having a healthy family life is racist. She also thinks that working hard and being successful is racist. And that is why Mayor London Breed is coming after Collins and demanding a resignation.

Collins has gotten so bad that Mayor Breed, who is not the best example in life, demands her to step down. Breed is a staunch Democrat that hates life as much as the next Democrat, but Collins’s comments are even too much for her.

The most liberal city in the Union is under siege by its own people as they fight to return to a place of normalcy. Parents need their kids back in school. But the issue is that people like Collins think that she is the only one deserving the benefits of freedom.

Collins sees her mission as one that fights to keep the Asian kids out of school. The longer she keeps them out of the way, the quicker she thinks her people can catch up. The flaw in her facial logic is that her people and the Asian people are all Americans.

It is terrible that a liberal city has to sue its socialist school districts just to get them to open the schools back up. The battle to reopen the schools has caused many upper officials within the school district to step-down. They know that their actions are purely selfish, and the only way to avoid an all-out assault on their professional career is to leave.

But Collins has taken the fight to a new level by dragging racism into the mix. She wrote that “many Asian Americans believe they benefit from the ‘model minority’ BS. Many Asian American (teachers, students, and parents) actively promote these myths. They use White supremacist thinking to assimilate and ‘get ahead.’”

Not only did she attack the students, but she went after the parents and stated, “Talk to many (Lowell High School) parents and you will hear praise of Tiger Moms and disparagement of Black/Brown culture. Where are the vocal Asians speaking up against Trump? Don’t Asian Americans know they are on his list as well? Do they think they won’t be deported? Profiled? Beaten?”

Collins is just mad that Donald Trump made America great again and took away her excuses for living a lazy life. She cannot fathom that so many people on Trump’s hit list live their lives. Collins misses the point that not every Asian or person of color sits around and grips about having their people on some list ban-named terrorists. They know that they are not on the list personally, and it does not bother them.