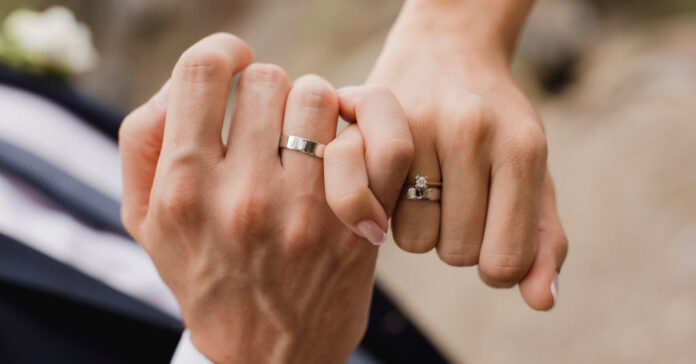 The Democrats try to say that they are doing everything for the benefit of Americans. Yet, it seems as though they come up with every possibility to hate on us.

Now, it seems they want to penalize people for getting married. Was this created by the lonely men and women of Congress who can’t find love because their hearts are filled with hate? You better believe it.

A number of GOP senators have criticized the reconciliation bill. Republican Senator Mitt Romney of Utah was the leader of the pack – and the first to point out that there are quite a few marriage penalties.

Romney along with 32 other senators decided that they needed to write a letter to Chuck Schumer and Ron Wyden since they’re the ones responsible for penning this atrocity.

What is a marriage penalty? According to the letter, it explained that “Current marriage penalties occur when a household’s overall tax bill increases due to a couple marrying and filing taxes jointly.”

Essentially, if two people are living together and make $150,000 each, they are treated as each earning $150,000. As soon as those two people marry, however, their salary becomes $300,000 – and they suddenly get treated very differently.

The money is the same in both scenarios. However, the marriage status is what changes things – and not for the better.

Romney tweeted that the spending bill is “misguided and unfair to disincentive couples from marrying.”

There are quite a few federal programs that already have marriage penalties in place. The benefits are either reduced or eliminated as soon as couples marry because their salary changes. Yet, the salary doesn’t really change – it’s just added together. Programs that fall prey to such penalties include Temporary Assistance for Needy Families, Section 8 housing, and Medicaid.

This is like a bad math equation. They add the two salaries together but forget to divide it by two since there are two people being accounted for. Yet, we shouldn’t really be surprised considering the Democratic Party has notoriously been fiscally irresponsible.

Additional taxes once the salaries are added could lead to thousands more being spent – or thousands being lost in government assistance programs. More than 6% of their annual earnings could be spent on additional taxes, according to the letter that was written to the Senate Majority Leader.

The more and more that the reconciliation bill is read and understood, the more it poses problems. It’s already got a price tag of $3.5 trillion on it – a price that the U.S. most certainly cannot afford.

The Democrats have carried on with this nonsense far enough. The bill is too expensive and it’s going to punish too many Americans. Who is this bill supposed to help? It will end up punishing everyone, especially since it is most certainly not going to be free like Biden likes to tell everyone. It will cripple the economy, bankrupt businesses, and punish those who are married. Yet, the Democrats like to continue to pretend like this is the best bill they have ever created. Lies. More lies.