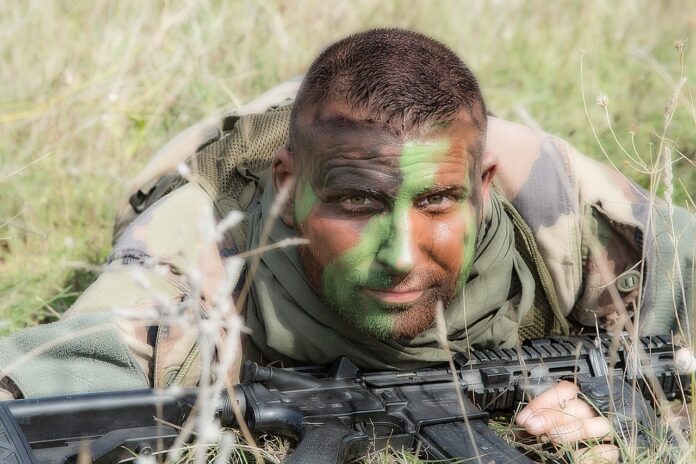 Military fitness tests are designed to ensure that the troops are mission-ready. While each gender is given different requirements, the rules are simple: pass the test or you are out. The fitness tests aren’t meant to hurt feelings. However, if you can’t run at a certain pace or carry the required amount of equipment, you’re going to have a negative impact on the mission.

But…the fitness tests are hard! And what about when there are transgender people forced to perform a test based on their biological gender instead of their assumed one? It’s not fair!

The liberals have been crying enough that the Army has finally rolled out a new fitness test.

It’s the third Army Combat Fitness Test (ACFT), and soldiers will begin taking it on April 1. While their scores won’t impact them until April 2022, it provides data on how the test will impact the various demographics found within the military branch.

There are six test events included in the fitness test. The leg tuck is considered by many as the hardest – and there’s an optional replacement for it – the plank.

Army leaders have identified that there’s a lift on job-specific standards for soldiers. There’s also a coded scoring system that takes into account some of the physiological differences between men and women.

According to Sergeant Major Michael Grinston, he doesn’t foresee the need for any more adjustments. “The most important thing is, we need to take the test and put it in the training management system so we have data.”

The latest defense budget bill paused the ACFT until an independent study was performed. It wanted to see how the ACFT scores could hurt recruitment and impact the retention of critical jobs.

More specifically, Congress is concerned about how the test scores will impact women soldiers.

Grinston has said that while the new test is likely to stay unchanged, there’s still no policy in place as to how the score will be used. Everyone will be required to pass with 60 points. However, there needs to be a process to use the score so that it doesn’t disadvantage any group.

Baseline scores will continue to remain gender-neutral. However, the newest ACFT will separate the men and women into tiers. So, women will only be competing against other women in regard to their scores, and the same goes for men.

Assessments include three deadlift repetitions at 140 pounds, 10 hand-release push-ups, a 3-minute sprint-drag-carry, a two-mile run in under 21 minutes, and a 45-meter standing power throw.

Requiring anything less could prevent those in the Army from being mission-ready. It is not meant to prevent women from entering the Army. It is simply stating that there are physical requirements to do the job. Men and women alike will have to be able to meet the basic score of 60 points.

Once scored and passed, their scores will allow them to be compared to others of the same gender. It ensures that if a woman scores lower than a man (while still meeting the minimum score of 60 points), her career won’t be negatively impacted.

Congress is aware of the changes. As long as the liberals don’t feel as though they have to lower the minimum requirements any further, this will be the new Army fitness test moving forward – and it will likely be that other military branches will follow suit.

Is this a fairer version of the test? Absolutely. It allows for a minimum score and gender differences. Anything more would mean that the military would be allowing people who are incapable of handling a mission – and that could lead to dangers in times of war.

The liberals may have to accept that this is the last round of changes. Otherwise, they’ll severely handicap the military moving forward.