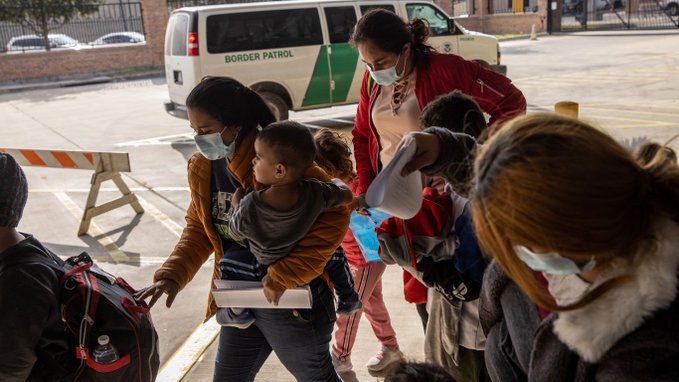 Hundreds of thousands of Americans are homeless. Some may be able to find a bed for a night or two in a shelter. Others find an overpass or a park to call home. Tents, sleeping bags, and cardboard boxes are seen in every major city of America – and these are what over 550,000 Americans call home.

Shouldn’t we, as a nation, be taking care of our own before we try to take care of anyone else?

Not in the Biden administration. Give a round of applause for the bleeding hearts who have decided to spend $86 million putting migrants up in hotels.

Migrants are crossing into the United States through our southern border at an alarming rate. While the Democrats like to use the term “undocumented noncitizens,” make no mistake. These are illegal aliens who have decided that they are going to cross into the U.S. no matter what it takes.

After all, Biden promised them amnesty and a path to citizenship.

SCOOP: The Biden administration has awarded an $86 million contract for hotel rooms near the border to hold around 1,200 migrant family members who cross the U.S.-Mexico border, DHS officials confirmed to Axios.https://t.co/RQSkLuXEXK

Since Biden took office, the illegal border crossings have increased dramatically. Detention facilities are at capacity, so the Biden administration has chosen to house over 1,000 families in hotels.

Wow. These are some nice accommodations for those who are entering our country illegally. Meanwhile, homeless Americans are lucky if they can find a stained pillow to lie their heads down on as they curl up on a piece of asphalt every night.

The Biden administration has awarded an $86 million contract to acquire hotel rooms throughout Arizona and Texas in the border cities.

Endeavors is a Texas-based nonprofit that is managing the contract. The government contract is for six months, though it can be extended and expanded as needed.

The number of illegal crossings has tripled since Biden took office. One of the reasons for this is that the mentally unstable president decided to get rid of policies put into place by Trump. With a few executive orders, he singlehandedly created the crisis.

And yes, it is a crisis, no matter how much Democrats tiptoe around using the word. How else do you explain 100,000 illegal crossers in the span of just one month?

How much more are we going to do for the illegal aliens? We have to put an end to them entering the country. We cannot allow them to drag down our economy and take entry-level jobs from Americans. At some point, we have to have an obligation to Americans first and the rest of the world second.

Why should homeless Americans sit out in the rain while those crossing into the country who are blatantly ignoring our immigration laws are treated to stays in hotels?

Nancy Pelosi wants to claim that everything is “under control.”

It’s time to wave the BS flag because we all know it. You don’t spend $86 million on a hotel contract when everything is under control.

Simply telling people not to come is not an answer. What the Biden administration is saying and doing are not the same. Their actions speak louder – and their actions show that they’re still rolling out the welcome mat to those beyond the southern border.

More pressure has to be applied to Mexico and to the Central American governments to stop the flow of migrants into the United States. We cannot and should not acquire everyone. We cannot afford it and we should not be prioritizing them over our nation’s own homeless problems.

Actions have to be taken immediately. Otherwise, the crisis will continue to grow to epic proportions.

The reality is that each and every policy created by Trump needs to be put back into place. Of course, when the Biden administration finally does it, they’ll take credit for it all. Maybe someone will even have the great idea of building a wall. It worked around the Capitol Building, after all.