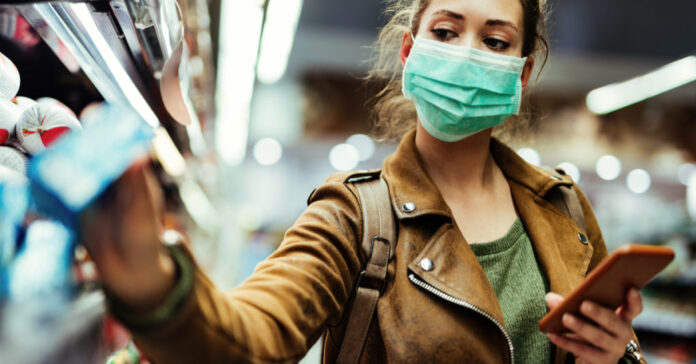 From the very beginning, we did as we were told.

We wore masks. We socially distanced ourselves. We were told that once the vaccine came out, the pandemic would be behind us.

It was all lies. And because of the strong political lines, misinformation spread like wildfire. Kamala Harris herself said that she wouldn’t take a vaccine if it was recommended by President Trump.

Then, when a Democratic president comes into the White House, we’re suddenly supposed to bow down before him, roll up our sleeves, and get jabbed.

Even as more and more people have gotten vaccinated, life hasn’t gone back to normal. We’re still told to wear masks. Some who have been vaccinated have even managed to get infected. It’s all lies. It’s no wonder why there are still so many people holding back from getting the vaccine.

If the vaccine isn’t the answer to getting back to normal, perhaps a cure will be.

Merck, a pharmaceutical company that has been experimenting with a cure for COVID-19 has a big announcement. Their oral drug is likely to be effective against several strains, including the delta variant.

The name of the new drug, molnupiravir, “targets the enzyme that allows the virus to replicate itself by introducing errors in the virus’s genetic code” according to Reuters.

The treatment provides the best outcomes when a patient is in the early stages of infection.

Other COVID-19 treatments that are in the trial phases target the spike protein. The spike protein is also what’s used to differentiate between the variants, and, as such, the other treatments may only be able to be used on individual strains.

The head of infectious disease and vaccines at Merck, Jay Grobler, shares the good news. “It’s a really nice observation because it gives us confidence that it will work the same across the variants that are already out there, and potentially against any new variants that may emerge.”

The drug will need to go through all of the final testing, which is expected t end in November. At that point, it could get the FDA approval it needs to begin helping COVID patients around the country.

It’s also worth noting that Merck isn’t the only one exploring treatments for severe cases. BioNTech, Pfizer, and others are all testing pills that could help to treat the virus.

There’s a light at the end of the tunnel. Hopefully, the Democrats won’t try to turn this light off as they did with the vaccine.

Lots of diseases are still floating around that could kill us. However, they don’t because we have the necessary medications to provide a cure. We take the medication, we’re cured, and life goes on.

If Merck or any of the other pharmaceutical companies are successful with getting an FDA-approved cure, maybe we can move on from this nonsense.

If we get sick, we get the medication. Otherwise, we continue to live our lives.

Dr. Fauci could finally go away. The CDC can take their advice and stick it where the sun doesn’t shine.

Let’s all keep our fingers crossed that this gets the approval that it needs. Otherwise, it will seem as though the liberals will rule our lives forever with their ridiculous mandates.