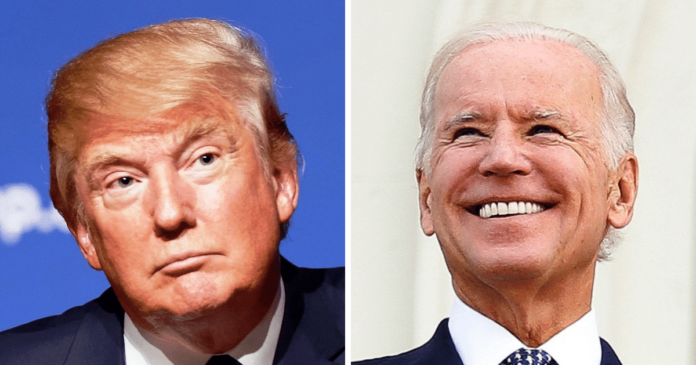 Joe Biden clung tightly to the railing as he tripped while walking up the steps to Air Force One. No big deal. Right? Gerald Ford did it all the time. But Ford was a clumsy oaf. Biden isn’t and former President Donald Trump thinks there may be more to this picture than what meets the eye.

Trump said he expected Biden to take a tumble and this won’t be his last time. Trump has also expressed concerns over Bidens failing mental state saying it’s clearly heading downhill at a rapid pace. He’s afraid Biden might already be too confused to understand the legislation he’s signing into law or the policies he’s so readily adopting. Should this prove true, Kamala Harris would become our 47th president. Almost as if planned.

This makes the third time Biden has fallen. In an interview with Newsmax, Trump said, “I expected it, actually. When I went down the ramp at West Point, which was like a sheet of ice with no railing, no nothing — great planning — I wanted to go inch by inch because the last thing I want to do is take a tumble as Biden did. Now that tumble was terrible and it wasn’t really one, it was three.”

Trump is equally as confused as Biden but in a completely different way. He’s bumfuzzled. “There’s something going on, it’s crazy. What’s happening is crazy and you wonder whether or not all of the things that he’s signing, whether or not he understands what he’s signing, because this is worse than Bernie Sanders at its worst point. We never thought this could happen. Bernie Sanders on steroids wouldn’t be signing what this guy is signing.”

On his campaign trail, Trump made no bones about saying how his 78-year-old Democrat opponent was mentally bankrupt. He hit the nail on the head by accusing Democrats of planning to invoke the 25th Amendment shortly following the election and putting Biden out to pasture. The royal crown would then be placed on the head of one Ms. Kamala Harris, our VP in waiting.

Trump did not fail to notice Biden’s recent foul-up when he mistakingly referred to his trusty sidekick as President Harris. In all likelihood, Trump is correct in his assumptions. There is a huge difference in Biden’s rhetoric when he’s reading a perfectly scripted speech from a teleprompter versus when he’s caught off guard. Something his team desperately tries to prevent from happening.

Trump does not want to see Biden removed from office because of all of the turmoil and disruption it would cause the country. To make certain his stance was clear, he added, “Look, I hope — that’s a very serious thing and I hope that never happens.”

If the thought of a President Harris isn’t already cringe-worthy enough, consider this title; Vice President Nancy Pelosi. How would you feel knowing that this roaring pathetic monster was only one heartbeat away from destroying the country?

All anyone can do at this point is to hope Donald Trump is incorrect in his assumption, but we, unfortunately, know-how that always seems to work out. Look for this process to begin sooner than later.