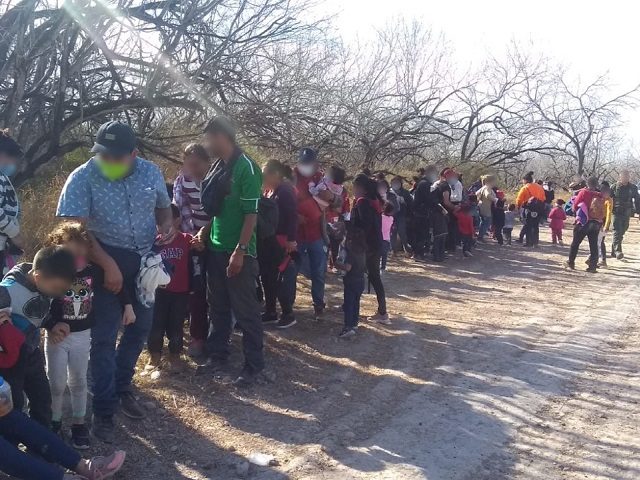 The border crisis is getting worse, much worse. Even Jen Psaki knows it – she used the C-word in one of her latest press speeches, though she didn’t mean that.

While we wait for the White House Press Secretary to “circle back” on what she did mean, it’s hard not to notice what’s happening at the border.

Joe Biden has thrown caution to the wind when it comes to activities at the U.S.-Mexico border. There were good policies put into place by Trump – and it was helping to limit the steady flow of migration at our southern border. The only reason those policies were lifted is because Biden doesn’t like Trump.

So, Biden and the rest of the Democrats on Capitol Hill have decided to add fuel to the fire. Rather than imposing restrictions on the illegal migrants, they’re making it even easier for people to not only cross but to stay put once they get here.

The Republican Study Committee (RSC) has published a memo to show immigration proposals from Democrats that are going to pose countless problems at the border.

From farm amnesty to the Dream Act amnesty, the whole thing is a mess.

Republican lawmakers have to prepare themselves for these amnesty proposals that the Democrats are going to attempt to push through Congress in the next few weeks.

Representative Jim Banks, a Representative from Indiana, is the RSC chairman. He has made fighting illegal immigration a focus of the RSC’s agenda.

The term “illegal aliens” is to no longer be used, according to Democrats.

Despite the fact that the people crossing are aliens (because they’re not U.S. citizens) and that they’re illegal (since they’re breaking immigration laws), they’re to be called “undocumented noncitizens.”

This is the Democrats’ way of making sure that the illegal aliens don’t feel bad when they’re crossing. It’s easier to change the name so that the problem goes away, too…right?

Illegal immigration is bad for the country. And the Democrats will have to face the problem at some point. They’ll likely face the problem sooner rather than later, too since they’re making it considerably worse.

Regardless of political affiliation, 73% of voters are concerned about the border crisis.

Oh, well if the Democrats get to shove their humanitarian approach down everyone’s throats, the illegal aliens, sorry, undocumented noncitizens will soon become documented citizens. They can become Americans thanks to the path to citizenship that Biden wants to offer many of them. That means more Democratic voters, right? It means more Representatives in the liberal border cities.

By allowing the floodgates to crash down at the border, it could mean that Democrats get all the help they need to win every future election. They’ll always have the majority.

Biden’s immigration executive orders have led to dangerous precedents. He’s opened the doors for people to just walk right into the country. The immigration laws where people have to apply to gain citizenship are being ignored.

The Biden administration wants to claim that illegal immigrants aren’t being given an open invitation to enter the U.S. Unfortunately, perception is reality.

With all that Biden has already done and with all of the amnesty bills that the Democrats want to pass, it is giving everyone in Mexico and further south the perception that the borders are open and the U.S. is accepting everyone with open arms.

In the coming weeks, the Democrats want to pass bills that would suddenly grant amnesty to millions of illegal aliens. Yet, they still don’t see the problem…