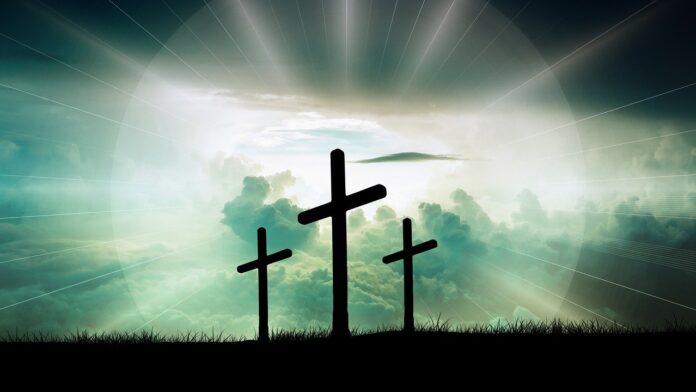 If you belong to any sort of religion that gathers together on a regular basis, you know all too well about the restrictions put on churches and congregations of various faith this past year, with some having it much worse than others.

Take the liberally led state of California, for example.

Here, basic worship has been banned for just over a year now, thanks to Governor Gavin Newsom’s strict COVID guidelines and executive orders.

At first, churches everywhere in the state were shut down completely. However, after a Supreme Court case and ruling on Feb. 5, it was decided that the governor or any government officials could actually ban churches from gathering, either indoors or out.

It was considered a win for churches, at least in part, as restrictions limiting attendance to 25 percent of the building capacity and a ban on singing could still be implemented. And, of course, Newsom did.

But with Easter (one of the most important religious holidays of the year, second only to Christmas) right around the corner, churches like North Valley Baptist Church in Santa Clara are asking for a reprieve.

Senior Pastor Jack Trieber is nearly begging Newsom to light his strict orders, if for one day only.

“Governor Newsom, I implore you to open up our churches Easter Sunday, April the 4. This is Sunday, early in the morning and we’re freezing out here. We’re cold. We’ve been obeying for 366 days, one year and one day.”

Trieber explained that their church has been shut down for the better part of a year, forcing them to meet “in the parking lot. We’re meeting in open-air meetings and we have tents everywhere. People in their cars, people are down the street listening on the radio. We need our church open.”

And in the summer, the congregation is brought to the point of near-boiling just to hear the word of God and be a part of their religious traditions.

This church, like many others, has tried to abide by Newsom’s laws and be respectful of people’s concerns regarding COVID. But faith is not something easily abandoned, and neither are its traditions.

Last August, after months of being relegated to parking lots and tents and no end in sight to Newsom’s rules, the church tried to reopen. They asked parishioners to wear masks and kept everyone socially distanced. But county officials learned of the meetings, and so the church was punished.

According to a notice posted on the building’s door, the church was also given consequences for the “unlawful activity” of singing indoors, which was observed by a county official who had secretly attended a service. The letter demanded that such activities “immediately cease” and that “failure to do so will result in enforcement action by the county.”

By the time September arrived, the church had racked up $112,000 in fines.

After this, the church relented, for the most part, doing only what Newsom has permitted.

However, at some point, enough is enough.

And that time is now.

Are churches supposed to stay shuttered while the rest of the nation is allowed to open back up, albeit slowly in some states? How is it fair that in most states, including California, liquor stores, strip clubs, and gyms are now fully operational, but places of worship are still forced to remain closed?

If the political left, which Governor Newsom is most definitely a part of, is correct, the newly released vaccine and its glorified success are the answer to all of our problems, right? Everything should be reopening and executive orders put to rest.

Of course, that means the Democrats will lose their newfound control…