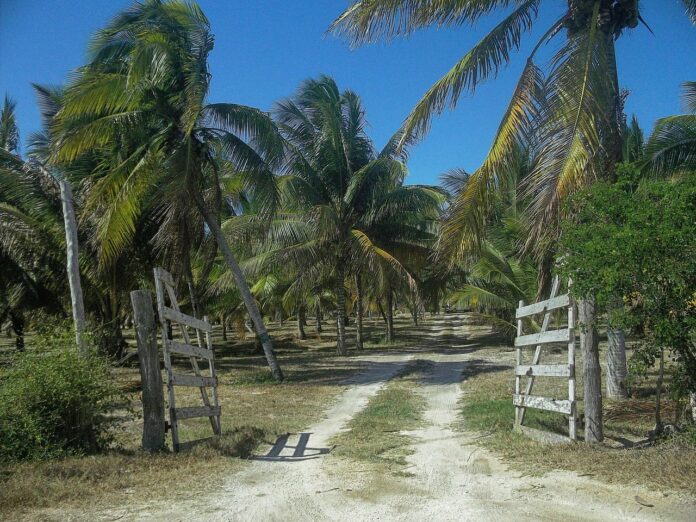 If you’ve been any attention to national news as of late, you will know there has been a massive immigration problem brewing at our southern border, even if the White House has pretty much refused to talk about it, let alone admit there are problems.

Well, that was up until Monday. On that day, President Joe Biden finally confessed that there were issues at our nation’s southern border with Mexico.

Of course, they didn’t start yesterday.

In reality, they began months before Biden took office, as he continued to make promises to illegal immigrants that he would betray the citizens of America and allow them safe passage into this country. Naturally, this encourages whole swarms, caravans of thousands to flood our southern defenses and securities.

And while Biden hasn’t followed through on many promises, this is one he has kept.

On day one in office, he wrote an executive order halting the construction of what many have come to call former President Donald Trump’s border wall. And that has caused significant problems all along the border – not only because the wall is no longer being constructed but because most former fences and barriers of any kind were torn down in preparation for a new one being implemented.

And this means there are stretches of borderland, some nearly as long as a mile, where there is absolutely nothing between the US and Mexico. Nothing but keep immigrants from coming in, nothing to save America from being overrun by illegals.

He told Jesse Watters of Fox News on Sunday, “This gap is right south of my house. All of this stuff is coming right by my house. My family is exposed to it on a daily basis.”

And no, his mention of “stuff” is not just referring to people walking by the house and barns. As Immigrations and Customs Enforcement or ICE noted in a recent report, of the 185,884 immigrants detained and removed from the US in 2020, 64 percent of those had pending or permanent criminal charges or convictions.

And those were just the ones removed.

There are thousands of others who were never caught and remain in the United States. That also means that of the thousands who are now basically allowed to cross freely onto Johnson’s land, thanks to Biden, a great many of them could be dangerous, both to his family and the property that has been in his family for over a hundred years.

Naturally, Johnson feels the need to protect what is his and so has taken to patrolling the property regularly with gun in hand just to give “some sense of security” to those who may be passing through.

As the rancher explained, where Trump’s wall is entirely constructed, it works. It really works.

And it’s not just a physical barrier that keeps people out. He refers to it as a “total package.” Johnson says, once it is completed in an area, “There will be new, all-weather access roads, sensor packages, lighting (and) integrated camera towers.”

When construction was underway, those roads were at least partially built, allowing crews access to where the old fencing needed to be torn down and where the new wall would go. But in places like right behind Johnson’s home, all that remains is a road. And it’s one immigrants have turned into a highway, complete with all kinds of black market stops along the way.

According to Customs and Border Protection, its roads and unsecured areas like this that allowed over 100,000 illegals to cross the border in February alone. And that number isn’t decreasing as time goes by. Head of Border Patrol for the Tuscon, Arizona area, John Modlin, says that “if the flow continues at the rate it is here, by the end of the fiscal year, we will have surpassed ’18, ’19, and ’20, all combined.”

CBP, ICE, and local law enforcement are doing their best to stem the flow, but with Biden’s other immigration-related orders, it’s hard to get much accomplished.

As Johnson explained, most have been forced to stay about “three to four” miles north of the border in the hopes of catching those passing through. But it leaves thousands of acres in between and properties like Johnson’s without any protection whatsoever.

The only good thing is that our Second Amendment rights are still intact for those like Johnson, who Biden has pretty much thrown to the wolves.