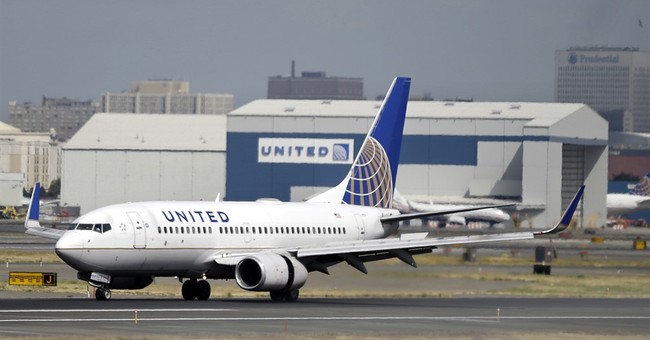 United Airlines holds fast to its policy on required COVID-19 vaccination for all employees, and is now acting to dismiss its first round of employees:

United Airlines will dismiss nearly 600 employees who refused to comply with a requirement to be vaccinated for COVID-19, company officials said Tuesday.

Besides the 593 workers who refused to get vaccinated, another 2,000 employees have also requested a medical or religious exemption to the vaccine requirement, company officials said. That is about three percent of United’s 67,000-person workforce.

United is patting itself on the back that their requirement allowed them to get to 99 percent of their workforce vaccinated.

“This is a historic achievement for our airline and our employees as well as for the customers and communities we serve,” said the memo. “Our rationale for requiring the vaccine for all United’s US-based employees was simple — to keep our people safe — and the truth is this: everyone is safer when everyone is vaccinated, and vaccine requirements work.”

According to AFP, United claims it is working on those 2,000 employees who have requested an exemption. However, it’s Bye, Felicia, to everyone else.

United said it would follow the requirements of agreements with unions as far as employee dismissals for people who refused vaccines.

“For the less than one percent of people who decided to not get vaccinated, we’ll unfortunately begin the process of separation from the airline per our policy,” the memo said. “This was an incredibly difficult decision but keeping our team safe has always been our first priority.”

While Delta, American, Southwest, and JetBlue are also mulling similar mandates, they are presently choosing to incentivize, rather than demand compliance:

American Airlines at present is not requiring employees to get vaccinated, but is pressuring them to do so in other ways. For instance, the airline announced it will no longer offer pandemic leave for unvaccinated employees.

Delta is similarly incentivizing rather than mandating. The Atlanta based air carrier will require that its unvaccinated employees pay an additional $200 per month for health insurance.

Neither American, Delta nor Southwest responded to our requests for comment. JetBlue did. “Thousands of JetBlue crewmembers have already been vaccinated. We are providing them with information about the benefits of vaccines and have held vaccination pop ups in a number of locations to make it convenient for crewmembers. We are continuing to evaluate a vaccination requirement for all JetBlue crewmembers, and in the meantime, are actively encouraging our crewmembers to get a shot to protect themselves and those around them,” an airline spokesperson told Observer.

With President Joe Biden putting a national vaccine mandate into place, the pressure increases for the airlines to craft its own similar mandates for employees. Both United and Delta Airlines are already requiring new hire employees to be vaccinated as a condition of employment.

How all this plays out will show up in how well the airline can maintain their critical staff, and their bottom line.

American and Southwest Airline pilots are already saying that national mandates will lead to staff shortages:

The Allied Pilots Association, which represents 15,000 pilots at Fort Worth-based American Airlines, sent the White House and congressional leaders a letter Friday that warned that carriers may have “mass terminations of unvaccinated pilots” if the White House goes through with its announced plans to require COVID-19 vaccinations for federal contractors and companies with 100 or more employees.

“To ensure commercial aviation’s ongoing viability by avoiding a scenario in which airlines are forced to either offer unpaid leaves of absence or, worse, implement mass terminations of unvaccinated pilots, it is essential that an alternate means of compliance with the Executive Order be made available for professional pilots,” the letter from Allied Pilots Association president Eric Ferguson said.

Staff shortages generally lead to less flights, which lead to higher demand and prices. It also leads to limited service; for as much as one pays for a flight these days, services are already pretty sparse.

The holiday surge is less than two months away, and will reflect who made the wiser choice: United Airlines or the terminated employees.