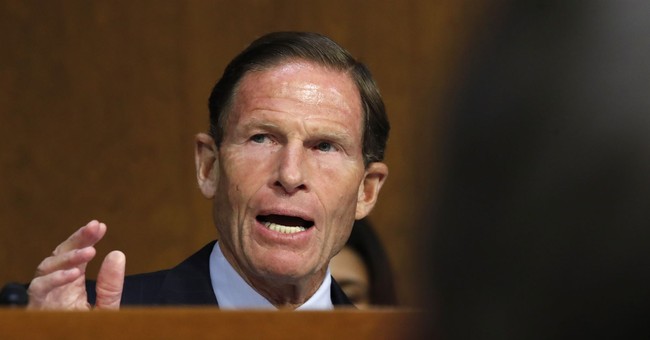 We’ve reported on a lot of the testimony of Secretary of Defense Lloyd Austin, CENTCOM Commander Gen. Frank McKenzie, and Joint Chiefs Chair Gen. Mark Milley before the Senate Armed Services Committee on the debacle of the Afghanistan withdrawal today.

We covered how Gen. McKenzie’s testimony nailed Joe Biden for a lie. McKenzie testified under oath that he had previously recommended to Biden that we keep 2,500 troops in Afghanistan prior to his decision not to do so. McKenzie also said he predicted that withdrawing them would cause the Afghan Army to collapse and the Taliban to take over. Biden said he hadn’t been told either thing by any of his advisors.

Gen. Milley revealed the astounding news that after Kabul fell on August 15, Biden didn’t even talk with Milley and Austin about the question of possibly extending the August 31 deadline until August 25. So what did he do for 10 days besides being on vacation?

Milley did blow up a few Biden and Democratic narratives, however. He said no, Trump wasn’t threatening China as some Democrats claimed based on the report in the Bob Woodward book of what Milley supposedly said. Milley also blew up Biden’s claim that he had to stick to the Trump deal. He said that Biden wasn’t obligated to carry through on any deal with the Taliban and do a hasty withdrawal because the Trump deal was a conditioned deal and the Taliban didn’t hold to the conditions. Trump wasn’t doing just a naked withdrawal like Biden, he was holding the Taliban to certain requirements. But Biden went through with it anyway despite the fact that the Taliban didn’t hold to the deal. That’s all on Biden, so he can’t blame Trump for that choice. Finally, Milley blew up the Biden claim that somehow we had achieved the purpose of not being threatened from Afghanistan again. Milley made it very clear that we were likely to be hearing from ISIS and/or al Qaeda within 12-36 months because of the way the situation was left in Afghanistan.

So it’s probably safe to say that things didn’t go well today for Biden during the testimony.

But one of the things that was most surprising, perhaps, was the take of some of the Democrats. I was actually stunned to hear an intelligent and inquisitive question from Sen. Mazie Hirono (D-HI); I thought the world would start spinning backwards before that happened. Sen. Bob Menendez (D-NY), the chair of the committee is another one who is not at all happy with how the Biden administration handled the withdrawal.

But maybe no Democrat lit up the Biden team for their failures more than Sen. Richard Blumenthal (D-CT). I have to say, he has, at least on this incident, seemed like a different person. Normally he’s a partisan hack, all in for the Democrats, no matter the truth. He has his own past history of not being exactly truthful about his service, for which he acquired the nickname “Da Nang Dick.” So if you’ve lost him, you know that it’s bad. He seems to have been personally touched and outraged by how Americans and our Afghan allies were stranded by Biden. He was involved in trying to help get stranded citizens out of Afghanistan and faced all kinds of roadblocks from the Biden team in the effort. He also focused on what should be for everyone the most important thing at this point — helping extract the people still stranded.

Blumenthal’s assessment today of the Biden administration was searing. There was “no one in charge” he said.

Blumenthal then spoke with MSNBC’s Nicole Wallace after the hearing and said that the Biden officials had not provided any more clarity. He said Secretary Lloyd Austin provided “no real responses,” because there are no responses, “there is nobody in charge,” Blumenthal said.

Blumenthal stressed it was a “moral imperative” that we had to evacuate the people left stranded, yet the State Department pointed at the Department of Defense. The Department of Defense pointed at the White House. No one seemed to be addressing the real and continuing question that is an imperative right now, he said. His point was a critical one. Even now, almost a month and a half after Kabul fell, almost a month since the withdrawal, we still have people stranded with no coordination and no answers from the Biden team, with rescues left up to private individuals and members of Congress to figure out on their own. That is just shameful. It should be the first thing that is on the mind of everyone in the administration. But it isn’t.