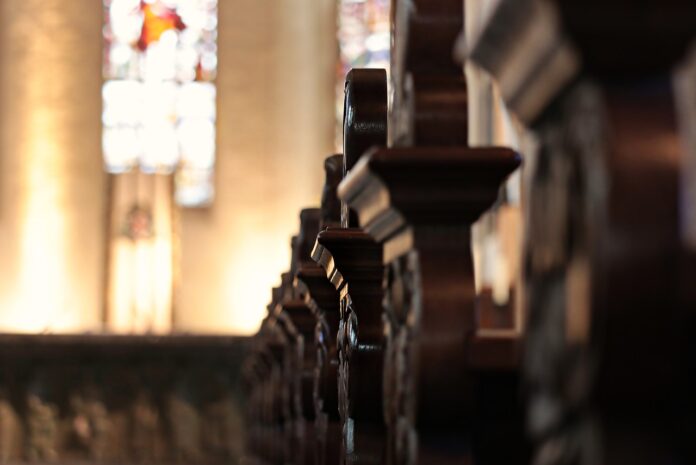 Sadly, it no longer comes as a shock when a Catholic priest is accused of pedophile sex abuse. Decades of abuse at their holy hands have been uncovered. This particular tragic tale began in 2006 when Pam Bosley’s teenage son was murdered outside of a Chicago church. Searching for answers, Bosley sent letters to ministers all around the city, but only one took the time to respond.

His name is Michael Pfleger and he’s a get things done kind of guy. Pfleger is a Catholic priest who presides over an active and thriving Black parish located in Chicago’s South Side, and it was him who recruited Bosley to head up his church’s crime prevention program.

St. Sabina Chruch, where Pfleger genuflects, is more than a house of worship. It’s a tightly woven community of parishioners who have tackled social issues under his direction for four decades. As a White priest serving in a Black community, Pfleger is very well-respected. But after 40 years of devotion, the priest is in trouble. Three men have come forward with allegations of Pfleger sexually abusing them decades ago. Two are Black and the race of the third has not yet been made public.

Pleger, 71, was temporarily removed from his position by the Archdiocese of Chicago until further investigation can be accomplished. This has not sat well with his faithful congregation and they aren’t hesitating to let it be known.

In no small way, they flooded the Archdiocese’s office with 1300 letters and a threat to not pay their $100,000 monthly dues. They’ve also challenged the accusers to come forward with their stories. Bosely, who owes a debt of gratitude to the priest, said, “Father Pfleger is our family. We are not going to stop. We need him back.”

The residents of Chicago’s largely Black and low-income neighborhood of Auburn Gresham where the church is located were stunned upon learning of the accusations as word was quickly spread to surrounding neighborhoods. Pfleger often clashes with the higher-ups sitting in the ivory tower. His tactics are far too unconventional for their liking.

Pleger has been known to pay prostitutes for an opportunity to counsel them, and he has an annoying habit of defacing billboards that advertise alcohol or tobacco. He has helped the community thrive by developing affordable senior housing and an employment center. The character played by John Cusack in Spike Lee’s 2015 film “Chi-raq” was inspired by Pfleger.

Two of the three accusers are brothers who are now in their 60’s, but their identities have not as yet been released. They claimed that Pfleger’s took them under his wing as children and that he abused them at various rectories in the Chicago area. Eugene Hollander, the attorney representing the brothers, is claiming the two “went through hell.”

Because of the brothers coming forward, a third contender emerged. The unidentified man, through his attorney, said that in 1979 when he was 18, Pfleger grabbed his crotch one time in the back of the rectory.

Though the alleged incidents happened eons ago, Illinois has no statute of limitation for sex crimes of this nature. Police, as well as the archdiocese, continue their investigations but the Illinois Department of Children and Family Services said there isn’t enough evidence to reach any reasonable conclusion. They don’t view the priest as being a threat to anyone.

The archdiocese, in a written statement, said the investigation should not be rushed. “Giving a case special treatment undermines the credibility of its outcome and ultimately serves neither the accuser nor the accused. Justice demands a thorough and impartial process and there is no timeframe in which we ‘should’ make a determination.”

Pfleger is keeping a low profile elsewhere in Chicago and no longer lives at the rectory. He prefers staying away from the matter until such time as his name is cleared, which he is certain it will be. He has refused all interviews but does occasionally tweet. His latest one said, “When this is over, which I hope is soon, I will have much more to say.”

Pfleger appears to be a fairly squared away guy with a true interest in helping his community, which he has proven. But we all have a skeleton or two dangling in our closets so we shall see. Did he do it?