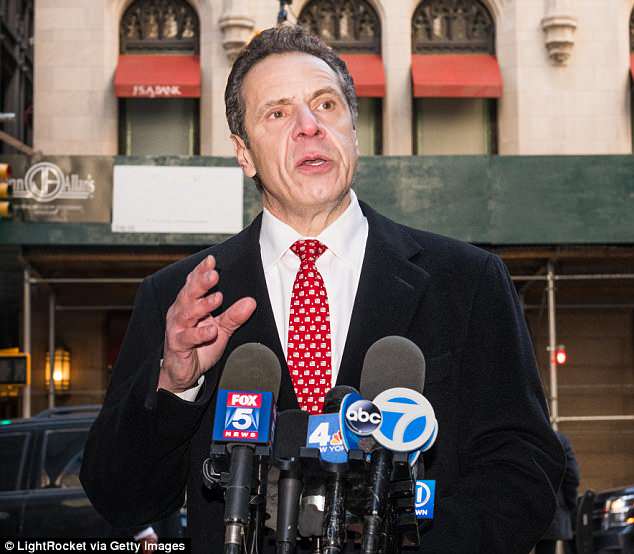 Andrew Cuomo is hitting all the headlines as his world comes crashing down on top of him. His fragile house of cards is being burned to the ground as more people come to the surface and tell how he tried to rape them and how he tried to get them to do all sorts of horrible things with him. His personalized sex scandal and federal investigation should be enough to force the man to resign, but instead, he is digging in and refusing to resign because he thinks he is right.

For some reason, he thinks that he gets to decide if he gets to stay in office and not resign. He even has several Democrats telling him to step aside. But when power corrupts a person, it is next to impossible to get them out of the chair. And Cuomo loves his power.

His sexual misbehaviors are causing him to face resignation. The Democratic State Senate Majority leader is Andrea Stewart-Cousins, and she is telling him to step down. She stated that “Everyday [sic] there is another account that is drawing away from the business of government. We have allegations about sexual harassment, a toxic work environment, the loss of credibility surrounding the Covid-19 nursing home data, and questions about the construction of a major infrastructure project.”

The issues that Cuomo is hiding from are a problem for him as he tries to lead the state of New York. Cousins went on to note that “New York is still in the midst of this pandemic and is still facing the societal, health and economic impacts of it. We need to govern without daily distraction. For the good of the state, Governor Cuomo must resign.”

Cuomo continues to dig his heels into the ground and clarifies that he has no intentions of resigning. He told the legislature that they would have to impeach him if they wanted him out of office. He is challenging their authority in the matter.

The legislature has given him a chance to bow out gracefully before they remove him by force. It just goes to show that one’s sins will come to the surface no matter how hard one try and hide them. Cuomo thinks he can surf his way out of the spotlight, but he will soon find out that party lines are not as thick as he thinks they are.

The Times stated the process for removing Cuomo is that “Under state law, the first step in impeaching the governor would be for the Assembly to vote to approve the drastic measure, as in the US House of Representatives. Should the measure pass, the state Senate would conduct an impeachment trial and vote on whether or not to remove the governor, mirroring the US Senate.”

Cuomo has long since apologized and denied any touching experiences. But the integrity of the office demands that his words stay professional at all times. It is not a matter of if the impeachment procedure will happen but when it will happen. Will Barclay is the state Minority Leader, and he stated that the resolution to remove Cuomo is already in progress.

Andrew Cuomo’s actions are going to test the state Democrats to see if they have the guts to stand up for victims of sexual misconduct and deal with the criminal. They will be tested to see if they have what it takes to follow state procedures and law in dealing with a man who has failed in his duty as governor.

The best-case scenario for Cuomo is that he somehow survives impeachment and retains his position for the rest of his term. He will have to come to grips with the fact that any bid for the White House went up in smoke when he decided to murder the seniors living in the nursing homes quietly.

Donald Trump reached out to Cuomo during the pandemic and gave him a chance to work with everyone to beat COVID-19. But he chose to go it alone, and it landed him in a huge mess. Trump offered federal aid and helped to isolate those infected, but instead, Cuomo sent them to the nursing homes because he did not want to shake hands with Donald Trump. His pride has caused his fall.