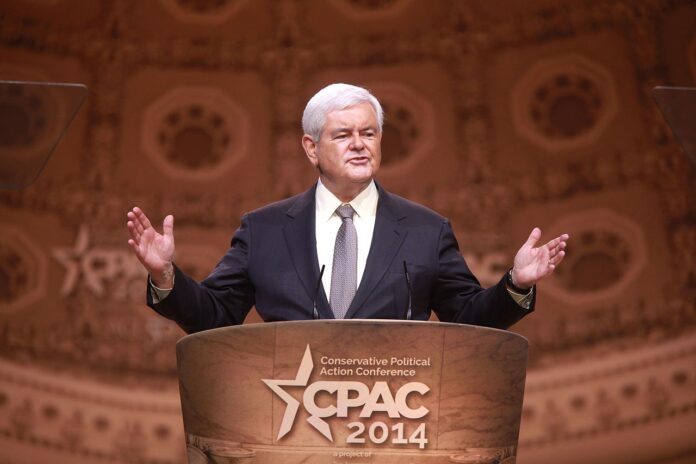 The Democrats keep denying that there’s anything wrong with Joe Biden. However, he’s not exactly instilling a high level of confidence in Americans right now. He’s quiet. Even after a primetime speech, there are still too many questions.

The address that Biden gave the nation was the best that the White House could do to pretend as though there’s nothing wrong.

They showed as he walked the long hall to the podium as if to say, look, he can walk. Then, for the next 20 minutes or so, Biden did a great job of reading a teleprompter. Of course, he spoke slowly enough that it wouldn’t have been a challenge for anyone.

Biden managed to point the finger and blame so much of the country’s problems on Donald Trump. He talked about the loss of life and the loss of living.

Giving a speech is not what’s suddenly going to lead to a higher level of confidence.

Newt Gingrich makes the guess that Biden is actually a “very minor force” in the White House. Although it wasn’t Kamala Harris on the podium to give the primetime speech, she’s been seen running the show on more than one occasion.

What Gingrich has to say should carry some weight. He served in the House of Representatives for over 20 years, including holding the positions of Minority Whip and Speaker of the House. Today, he serves as a Republican strategist.

Throughout Biden’s platform, he’d stumble and say that it was the Harris-Biden administration, which raised more than a few eyebrows. Maybe he was told all along that he was only going to be performing limited duties.

Now, Gingrich said in an interview with Fox and Friends that “I really do think this is becoming the ‘Harris-Biden administration.”

While some argue that Biden is different privately when he’s not taking questions from the public, Gingrich pushes back to ask why. The politician points out that the president can’t remember what he’s talking about or even remember his own nominees.

The easiest way to see why Biden isn’t the dominant force is to look at some of the policies and executive orders. Biden pushed across his platform that he’s a moderate. Even when he was chosen as the Vice President to Barack Obama, it was because he was a moderate.

Now, there are executive orders being signed left and right. It’s as if Harris, who has been very vocal about her thoughts on immigration, is just sliding them across Biden’s desk. The new immigration policies are not only expensive but also dangerous.

They’re beyond liberal. They’re more of what we’d expect out of Harris, not Biden. This means that it leads people to question who the driving force of the administration is. Current decisions show that the U.S. is looking to open itself up and allow illegal immigration. Oh, and it just so happens that Kamala Harris, on her own presidential platform, had talked about open borders. Coincidence? Unlikely.

With such policies being put into motion, Gingrich estimates between six and 15 million new people – all as a result of illegal immigration. This is a significant influx in the population and one that the country can’t possibly afford.

This is what happens when a weak president is elected. He doesn’t stand up to the liberals. He’s a figurehead, no more, no less. As a result, we’ve got the VP running the White House – and pushing a more liberal approach than what the American people signed up for when they headed out to vote.

Gingrich is only one of many who have been saying the same thing. Anyone who thinks that it’s the Biden-Harris administration is fooling themselves.