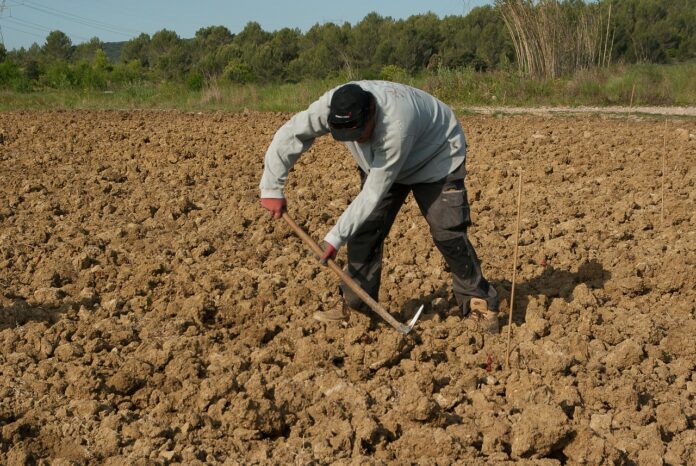 As you well know, the second COVID relief bill was just passed. You also know that most of us, although not all, will soon receive, if we haven’t already, $1,400 apiece.

But what about the other trillions included in the bill? What is all that for? As Congress has vaguely described, these funds will go to schools to help with reopening expenses, business owners struggling, and farmers who can’t pay off their ag loans.

But what they don’t tell you is that all of those have specific stipulations.

For example, the American Farm Bureau Foundation notes that American farmers will receive $4 billion in the coming weeks to pay off up to 120 percent of debts. But that doesn’t mean all farmers will get a piece of that.

Instead, the only ones eligible for such debt relief are those labeled as “socially disadvantaged.” And no, that doesn’t necessarily equate to being “financially” disadvantaged. As the federal law states, socially disadvantaged people are those who “have been subjected to racial or ethnic prejudice because of their identity as members of a group without regard to their individual qualities.”

And as the American Farm Bureau Foundation notes, that means any farmer who is “Black, Hispanic, Native American or Asian American.”

Any Caucasians, on the other hand, are expected to pay off their debts on their own.

Naturally, this isn’t sitting too well with a significant number of farmers.

Griggs told Fox News, “Just because you’re a certain color you don’t have to pay back money? I don’t care if you’re purple, black, yellow, white, gray, if you borrow money, you have to pay it back. My reaction is where did common sense go?”

And I have to say, I agree.

Debt forgiveness in and of itself is a somewhat controversial idea. For years, it has been pushed by the political left, claiming that far too many Americans are unnecessarily burdened by debts that some will never get out from under.

And to some extent, that is true. I mean, have you seen the cost of a college education these days?

And yet, that hasn’t dissuaded millions every month from accumulating more debt. Griggs, like many Americans, know that going into debt is a choice, a personal choice. And simply having someone wipe that debt away doesn’t teach you a lick about responsibility.

Sure, it’s a nice feeling not to owe the bank anything. But isn’t it an even more incredible feeling to know that you handled it yourself and no one had to come to your rescue?

Then again, according to the political left that currently rules Washington, if you’re a minority, you shouldn’t have any responsibilities anyway.

According to left-wing activist Ibram X. Kendi and his book “How to Be an Antiracist,” anything wrong that happens to anyone in a minority group is all because of racism.

As The Washington Post’s Matthew Yglesias wrote of the book, “According to Kendi, any racial gap simply is racist by definition; any policy that maintains such a gap is a racist policy; and – most notably- any intellectual explanation of its existence (sociological, cultural and so on) is also racist.”

So, if black kids don’t do well in school, it’s because of systematic racism. If Hispanic children tend to lack a father figure in the home, systemic racism is to blame. And of course, if you are drowning in debt and are Native American, it’s because of racism.

Never mind that someone made a poor life choice that took them down the wrong road. Never mind that they willingly took on debt without being able to pay it back.

Meanwhile, a white person making the same poor life decisions is left to pay their debts in full on their own.

As Missouri Representative Same Graves asked on Facebook recently, “What happened to equal protection under the law? This is wrong and un-American. I’m sure there are a lot of Americans out there that would love to have our tax dollars pay off all their debts. This is targeted to a very select few.”

It would be one thing if COVID relief funds were being allocated based on actual need. But clearly, that’s not what’s happening. Instead, it seems further division of the nation is what matters to Congress.