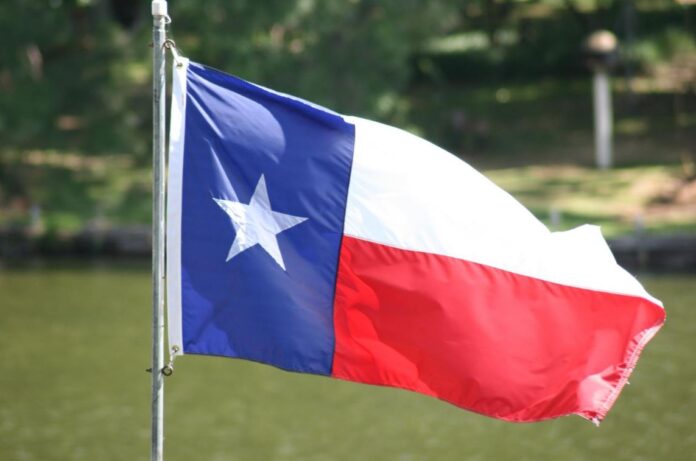 Many Texans were relieved to hear that Gov. Gregg Abbott was aware enough to finally lift the mask mandate that has infringed on Americans’ rights for almost a year. An announcement was made about the mandate being lifted on Texas Independence day, almost one year to the day after the first lockdown went into place.

However, not all Texans are behind Abbott’s recognition of Texans’ rights. According to The Hill, Rep. Sheila Jackson Lee (D-Texas) told her constituents Wednesday that they should continue to wear the masks, and if they don’t it could cost them their lives.

“Do not have a ‘remove mask’ party tonight, because you will be walking into a destiny of death,” Jackson Lee said on the House floor, handing orders to the citizens of the lone star state as if it were the most normal thing in the world.

“Texans have mastered the daily habits to avoid getting COVID,” Republican Gov. Greg Abbott said in announcing he would end the state’s mask mandate.

“Make no mistake, COVID has not suddenly disappeared. COVID still exists in Texas, in the United States, and across the globe. But it is clear from the recoveries, the vaccinations, the reduced hospitalizations and the safe practices that Texans are using, that state mandates are no longer needed.”

Lee isn’t the only person who takes exception to Abbott’s decision to allow Texans to make their own healthcare decisions. Amid the cheers from Republicans, liberals have been up in arms about the decision, including the decidedly non-Texan healthcare expert, Anthony Fauci.

“We understand people’s need to get back to normal, and we’re going in that direction. But when you start doing things like completely putting aside all public health measures as if you’re turning a light switch off, that’s quite risky,” Anthony Fauci, leading infectious diseases expert, said on Wednesday according to The Hill. “We don’t want to see another surge, and that’s inviting one when you do that.”

Former commissioner of the U.S. Food and Drug Administration, Mark McClellan, said earlier this month, “I don’t think this is the right time,” concerning the regulatory release. “Texas has been making some real progress but it’s too soon for full reopening and to stop masking around others.”

COVID-19 is a killer, as are cars, planes, skydiving, ziplining, water skiing mountain-climbing and numerous other things that Americans choose to do every single year. Overall, a 99% survival rate is something that, while devastating to the families of the one percent, is a risk that Americans should be allowed to decide whether or not to take.

Concern for Americans’ safety is what has been seen as the motivation for the mask mandates, lockdowns, and other extreme measures to cope with the virus. However, there is also a considerable contingent of people who believe that the real issue is control. Getting Americans, some of the freest people in the world, used to giving up rights, like free assembly and free travel, would be an incredible coup for anyone who might want to take control of the constitutionally granted rights.

By many accounts, that mission has been accomplished. So many consider it a privilege to be able to see their relatives or breath the air freely in a crowded room, it would likely make the Founding Fathers roll over in their graves.

Texans have reclaimed a sliver of their rights,  and self-respect, bucking the “new normal” that is being offered as a sad substitution for freedom and a constitutional republic. But it’s going to take many more states getting on board before politicians like Jackson realize that Americans won’t go down without a fight.