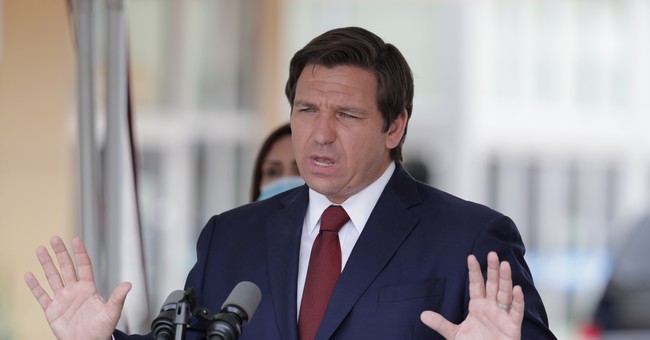 As we reported previously, the Biden Administration announced they would be rationing the supply of monoclonal antibody therapies from distributors.

“HHS will determine the amount of product each state and territory receives on a weekly basis. State and territorial health departments will subsequently identify sites that will receive product and how much,” the spokesperson said. “This system will help maintain equitable distribution, both geographically and temporally, across the country – providing states and territories with consistent, fairly-distributed supply over the coming weeks.”

Biden officials said that this was about “equitable” distribution to the states. But what this ended up doing was cutting the amount of the treatment that Florida needed, as well as cutting the supply to some of the other red states.

Sen. Marco Rubio (R-FL) said this wasn’t because of any shortage of the treatment but because the Biden administration didn’t like how Florida was not mandating vaccines, that this was “partisan payback” against states like Florida. He said this was all about control.

The White House has also been criticized for not promoting the antibody treatment and it’s been underutilized, especially given its effectiveness.

But as we reported, DeSantis, who seems to have a talent for overcoming challenges, said that he would be finding other ways to get more of the therapy if the Biden Administration was going to limit what Florida needed. He said he would be reaching out to Glaxo-Smith Kline to buy the treatment directly from them.

Today, DeSantis posted a video announcing that he had done just that — that he had obtained additional doses of monoclonal antibody treatments to counterbalance the federal government reducing the supply they provided.

DeSantis chastised the Biden Administration for cutting the amount of Regeneron they had promised to send to Florida by 50%.

DeSantis said that he had obtained 3,000 doses of sotrovimab, a single-dose monoclonal antibody, which has emergency use approval and that it has even better numbers than Regeneron.

When you consider that the Biden team has leveled all kinds of attacks against DeSantis over his handling of the virus, it isn’t he who is cutting treatments that can help the citizens of Florida — it’s the Biden administration. It shows the Biden team cares more about politics than they do about taking care of the Americans who need help. It’s DeSantis, coming through for the people, to actually provide the treatment that is needed.