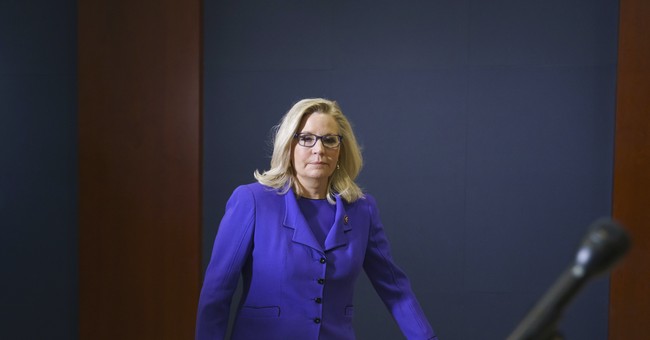 I don’t think it is any great secret that Wyoming Republican Liz Cheney is in a lot of trouble. Much to her surprise, her ridiculous and vindictive vote to impeach President Trump for the January 6 “insurrection,” was met with anger and contempt by her home state voters and, surprisingly, by her home state GOP. I say surprisingly because usually, a state GOP is very hesitant in going after a member of Congress from their own party. In February, the Wyoming GOP formally censured her. In August, two county GOP organizations voted to withdraw their recognition of her as a Republican.

President Trump has endorsed a formidable challenger for Cheney, and that endorsement has reduced the primary field down to three real candidates. This is important because Cheney won her 2016 primary with 38% of the vote, besting the other eight candidates. It is also important because President Trump out-polled Cheney in 2020: 193,559 to 185,732. This indicates that Trump’s endorsement will have a significant impact, particularly when the state party apparatus will not be aiding Cheney.

So, if you were running for reelection and your own state party had disowned you, and there weren’t enough Democrats or Independents available to cross over to save you, what would you do?

Well, if you are Liz Cheney, you head to Texas for a fundraiser headlined by President George W. Bush and some of the people we grew to detest during his time as president: Karl Rove, Karen Hughes, and Harriet Miers. Also on the marquee is former Texas House Speaker Joe Straus, who epitomized the conciliatory, go-along-get-along, bend-over-and-grab-the-ankles brand of conservatism championed by President Bush.

I can’t think of anything less likely to appeal to Wyoming voters than this.

As so often happens, President Trump would be better served if he just kept quiet, but if he did that, he wouldn’t be true to himself.

This is not 2000 or 2004. At least in my view, George Bush is more likely to polarize GOP voters against Cheney than help her. Bush holding a fundraiser for Cheney in-state would have shown some courage, but Cheney going to Texas to raise money probably isn’t going to sell all that well.

I have to admit a bit of puzzlement about what the play is for Cheney — if one assumes that she is serious about running and not just about vacuuming as much cash as possible before her political demise.