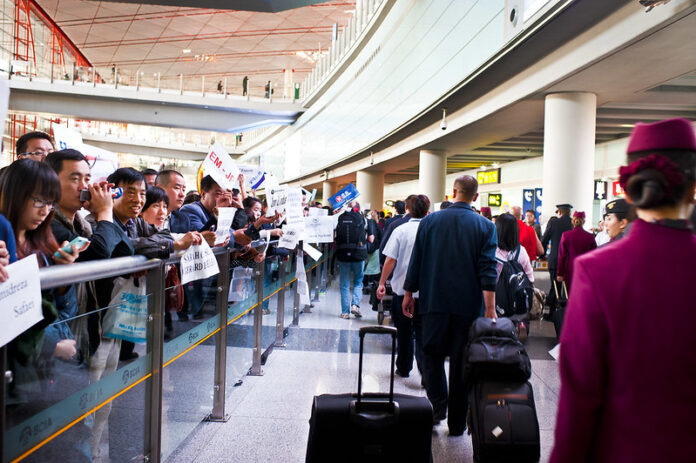 For more than a year, we’ve wondered why China created the coronavirus that has been plaguing the world. Then, we wondered how the World Health Organization (WHO) could stand by and defend them.

Now, it appears we’re about to get all of our questions answered.

The Chinese Communist Party has been urging WHO to be allowed to build and run a global database to maintain vaccine passports. Essentially, it would allow China to have digital documentation of every single person on the planet who has received a COVID-19 vaccine.

The vaccine passport is a concept that many countries have been considering and even rolling out. Once a person can prove that they’ve been vaccinated, they’ll get a passport that makes it easier for them to travel to various parts of the world.

The Communist Party of China has already launched such a vaccine passport. This digital certification joins the larger “social credit system” that is in place. This system provides numerical scores to citizens based on how the Party approves of their behavior. Getting a vaccine leads to a higher score since the Communists approve. Littering, volunteering, and more can have an impact on their score as well.

WHO officials have already urged China and other countries not to implement such a system. Since there’s unequal access to the vaccines and the quality of the offerings found around the globe vary, now is not the time for such a passport system.

China, however, has proven that they’ll do what they want without getting permission from anyone. The social credit system has already prevented millions from being able to travel as they cannot get access to airplane, train, or even public transportation tickets with too low of a social credit score.

Although the WHO has been discouraging countries from a system, the Global Times has proposed that the Communist Party could actually create a vaccine passport surveillance system for the globe to use.

China believes they are “the most experienced country in using a health code system in the world.”

Although they may be the most experienced, no one wants Communist China to gain access to so much private information about them. The database that would be created would likely include not only names and whether they’ve gotten a vaccine but also a Social Security Number, date of birth, and photo.

The “experts” cited in the article of the Global Times are, of course, regime-approved. They feel that they can expand the system to focus on the entire world since they’ve been conducting mass surveillance on its citizens for years. What they really mean is violating their human rights.

One expert wrote, “I believe that Chinese companies can build an international platform in just one week.”

Such a thing is terrifying to think of.  And in a week…perhaps they’ve been planning such a thing since the launch of COVID-19. It all seems too coincidental. The very country that is responsible for COVID-19 would suddenly be given control over monitoring the vaccines for everyone around the globe.

The article in the Global Times went on to explain that the WHO can draft rules, procedures, and the data format. China is “very willing” to provide support. Sure, why wouldn’t they be? They’re just eager to get their hands on the information that belongs to citizens of the rest of the world.

WHO can’t possibly be considering this, right? If Trump were still the president, we wouldn’t have to worry about how it would affect us since he pulled us out of WHO. However, Biden got us signed back up the same day he was inaugurated.

China believes that if they participate in a global health surveillance program that it would “guarantee public trust.”

Ha. Really? Most around the world will argue that if China participates, it will most certainly not guarantee public trust.

China has said that they’re not planning on waiting for WHO approval. They’ll pressure other countries into agreeing to such passports.