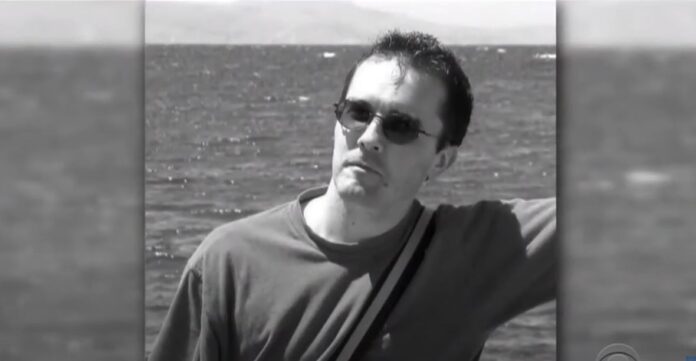 The Muslim faith appears to have a much longer list of what their followers can’t do versus what they can. And they don’t play around. The penalties for disobeying the holy Karan are severe, and they don’t hesitate to dish them out.

For instance, the penalty for a woman’s infidelity, whether the act was consensual or not, involves her being buried up to her neck so men can throw rocks at her protruding head until she’s dead. It’s all the rage.

And they really get to hooping and hollering at thought of lopping off appendages. The entire hand of a thief or maybe just a finger for a first-time offender. But the holy grail of all appendages is the head, and they’ll all turn out to watch one of those go rolling down the road.

No one would be led to believe that a person’s crime must surely be of a horrendous nature to warrant that kind of fate. Well. As one school teacher found out, showing a widely disseminated photo of the Prophet Muhammad naked to a classroom of school kids falls in the category.

A Muslim father of one of the students at a school located in Conflans-Sainte-Honorine in the west of Paris filed a legal complaint. His 13-year-old daughter claimed that her teacher, Samuel Paty, had instructed his Muslim students to momentarily leave the classroom before showing the photo.

The complaint sparked outrage from the Muslim community over the photo being shown to anyone, Muslim or not. The outrage grew larger when the dad posted a video on social media in which he ranted and raved about the incident, even drawing the attention of Muslim nations.

Only 10 days after the accusations flew, Muslims in the community began to grow impatient. It’s their custom to immediately handle such atrocious abuses of their faith.

An 18-year-old Muslim, Abdullakh Anzorov, having had quite enough of the pending situation, pleased his peeps by taking matters into his own hands. He grabbed a sword and did the deed himself as Paty’s head went flying. But now there is one tiny problem left to deal with, the girl lied, and she admitted it.

According to the girls’ lawyer, Mbeko Tabula, she was out sick on the day she said this occurred. Secondly, she wasn’t even a student of that class. Prior to the alleged incident, the girl had been suspended for skipping classes.

Not wanting to tell her father the real reason for her suspension, she told him it was the result of her expressing anger at the teacher over the photo, which she was then forced to elaborate on. Having no real story to tell, she made one up.

A leading French news source said that “she would not have dared to confess to her father the real reasons for her exclusion shortly before the tragedy, which was in fact linked to her bad behavior.”

Both the father and his 13-year-old princess are in hot water, but his water is boiling over. She is only being charged with slander which at her age will probably mean a slap on the wrist. The father got tagged with ‘complicity in a terrorist killing’ for being a ‘direct causal link’ because of the hate campaign he kicked off, and the headless teachers’ murder.

The freelance head-lopper, Anzorov, stalked Paty before beheaded him in the middle of a street in plain view. Shortly thereafter, anti-terrorist police arrived on the scene and filled the 18-year-old full of lead, where he died at the scene.

Residents throughout France were absolutely taken aghast by the tragic incident. Candlelight vigils, memorial ceremonies, and solidarity marches have taken place in every nook and cranny of the country.

French citizens would like nothing better than for the Muslim community to dwell peacefully among them. But from what we see and know, is this even a possibility? You tell us…