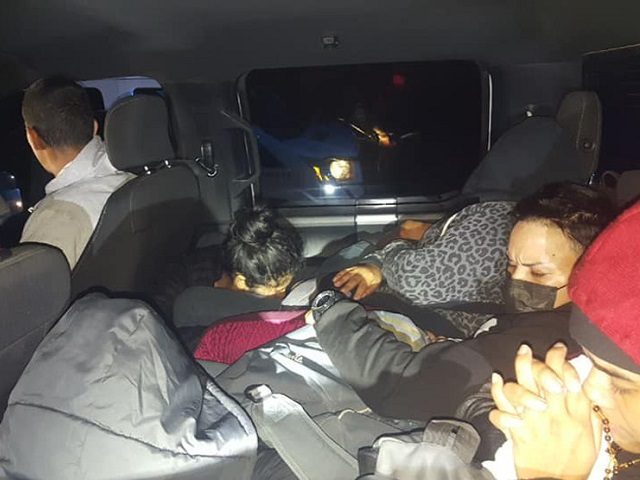 As usual, there’s a problem at the border when the Democrats are in charge. They want to make us one big happy country with Mexico, allowing migrants from as far as Central America to just stroll in and mooch off the government.

Legal migration is one thing. We are the home of immigrants, after all. There are plenty of legal ways to file for amnesty, visas, green cards, and more.

However, those who simply want to crawl and swim their way into the United States without following the proper channels are illegal – and they must be treated as such.

While Democrats are going fishing with their catch and release program, Texas shows what really needs to be done. And through their efforts, they also highlight the real problem with allowing illegal migrants into the country.

In only seven days, the Del Rio Sector Border Patrol apprehended 4300 migrants who crossed into Central Texas illegally from Mexico. Many of these arrests are migrants with extensive criminal histories, including being human smugglers.

The Democrats have caused this mess. Joe Biden overturned various policies that helped to keep the migration issue in check. Meanwhile, Democrats simply want to “help” people who are entering the country.

More than 4,300 illegal aliens were apprehended by Del Rio Sector agents over the past seven days. 2,000 have been apprehended since Friday. These arrests include single adults, families, smugglers, and aliens with extensive criminal histories. pic.twitter.com/b0Nu7tcdHu

Why is it that the GOP has to be the voice of reason? We can’t help everyone. We have to help Americans first. And, we can’t allow criminals and human smugglers into the country as it will only be a matter of time before they commit more crimes.

The Democrats either don’t understand or don’t care that they’re inviting a significant amount of crime into the country.

Austin Skero, a Chief Patrol Agent with the US Border Patrol, has said that the migrant apprehensions are on the rise. If the rate continues in the same pattern, there will be over 19,000 migrants apprehended for the month of March – and that’s just in this one sector of Texas.

While there are some families and unaccompanied children, the bulk of the apprehensions are single adults.

Why is it that there are so many extra people trying to shove their way through since January? Oh, perhaps it has to do with Biden and his extremist border policies. After all, he did promise citizenship to those who could prove they were in the country as of January 1. These migrants are a little late to the game, but they’re hoping that the nice president will make an exception.

Opening the borders is dangerous because it allows too many people into the country without knowing anything about them. Although 4300 migrants were apprehended in the past week, how many were able to enter without being apprehended? It leads to too many issues.

And, with Biden changing the way that Immigration and Customs Enforcement (ICE) can act, he’s allowing more migrants to stay. The only way to get them out, now, is if they break the law and are charged with the crime. Considering there are so many sanctuary cities for the migrants to hide, it will only lead to high crime rates.

There will be a breaking point – and with the number of apprehensions made and the sheer number of people in the border detention centers – it’s fast approaching. The Democrats will have to make some important decisions. Do we go back to the policies in place by Trump that kept everything under control or do we just open the doors to let everyone in?

Texas has already proven why it’s a bad idea to let them in. Skero highlighted the concern in a tweet when he described many being apprehended as “aliens with extensive criminal histories.”

To allow everyone in would be to subject Americans not only to the possibility of unthinkable crimes but also a strain on the economy. Americans struggling to find jobs now will have to compete with tens of thousands of migrants vying for those same entry-level jobs.