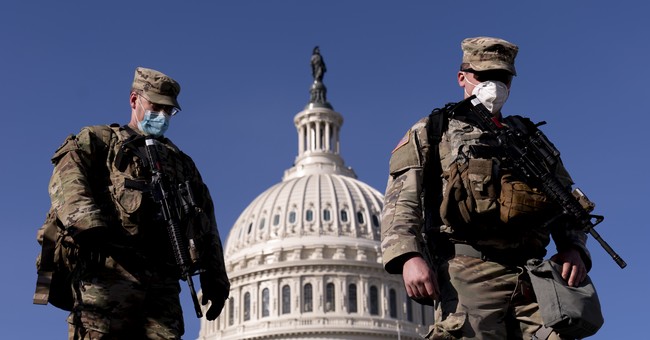 Why has the federal government been trying so hard to keep surveillance footage of January 6th under wraps? We may have an answer to that question if a set of newly released videos are any indication.

A judge ordered the videos be released against the wishes of the government prosecutors who claimed doing so would undermine national security. Of course, that makes no sense, and what’s on the videos runs counter to the chosen narrative.

Behold, the event that has been compared to the Civil War by the President of the United States.

If you can’t watch the video, what you’ll see are open doors/windows and people casually walking in. There’s no mad rush, no violence, no weapons, and certainly no organized insurrection. Instead, people mingle, take selfies, and snap pictures of the surrounding architecture. Yes, it’s trespassing and that’s illegal, but what’s on that video is a far cry from the vast threat we’ve been assured was present that day. Does it look like Congressional members were about to be murdered?

Again, I’m not trying to suggest that January 6th wasn’t dumb. I think the short-sighted idiots who perpetrated it did real damage to Trump and his movement. Yet, I also like to live in reality, and what these videos show is not a nation-shaking insurrection organized by some higher authority. Rather, it shows individuals who made a stupid choice.

But trespassing is not a justification to keep people locked up indefinitely, and it’s not an excuse for the government to withhold evidence from the public simply because they think it’ll be embarrassing to their narrative. There are thousands more hours of footage that should be released at this point. Let the evidence or lack thereof speak for itself. The idea that any of this is endangering national security is a joke, and I’m glad this judge saw through that farce.

Meanwhile, the left is assuring us that basic, non-violent enforcement of illegal immigration at the border is a human rights violation. Yet, they lauded the killing of Ashli Babbitt on January 6th as completely justified because she was where she wasn’t supposed to be. See the disconnect? All of this is political, from those who continue to obsess over January 6th to the politicized prosecutors who want to make their career on what mostly amounts to simple assault and people taking selfies. We truly live in the dumbest of times.