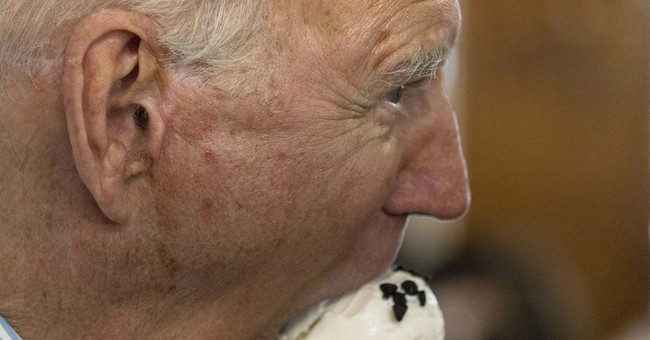 Barring the kind of stupidity that only the national Republican party and its state affiliates are capable of, 2022 is shaping up to be something of a bloodletting for House Democrats.

Structurally, they are in a bad place. They have a 222-213 majority, which means a loss of 5 seats flips control of the House. In addition, seven Democrat seats are held by members who won in districts where Trump was the vote leader. This is important because, in 2020, House candidates generally ran in from of Trump. In fact, before the election, the party breakdown was 232 D to 197 R (plus five vacancies and Justin Amash, or six vacancies, YMMV). So despite being outraised by Democrats, polling showing a voter preference for Democrats, and losing the White House, the GOP managed to make significant gains.

Redistricting has moved seven seats from (mostly) Blue states to Red states. The GOP controls the redistricting in all the states where it gained seats; the losing states mostly have their redistricting under control of a bipartisan commission. (Great references on the process here and here.) This tends to mean that more pain will be inflicted upon Democrats in Red states than upon Republicans in Blue states. It also means that toss-up seats have a chance to be made more secure by changing district boundaries.

Unlike the expansive list of seats the Democrats targeted, they are going after 21 GOP seats this year rather than 39. This is the list; the critical thing to note is that GOP firebrands like Marjorie Taylor Greene are not on the list. It does not scream confidence.

House elections don’t occur in a vacuum. Only the most craven partisan or someone writing at The Bulwark or The Dispatch can deny that Joe Biden and gross incompetence will be on the ballot in 2022. There is Afghanistan, the border crisis, gas prices, inflation, and the force-feeding of Critical Race Theory to schools and the federal government. There will be the spin-off issues from the Wuhan “pandemic” of vaccine safety, vaccine mandates, lockdowns, and mask mandates. The kid-glove treatment meted out to the Antifa putzes will be contrasted to people incarcerated for nearly a year for walking into an open Capitol building. We will be talking about Biden’s obvious dementia (see Biden Is Not Going to Like What Americans Have to Say in New Poll on His Mental Stability) and inability to stay awake when meeting with world leaders and his playing footsie with the #BLM thugs and their “defund the police” fellow travelers.

As much as they don’t like it, Biden’s performance is going to be on every House ballot, and this is what that means to Democrat candidates.

Look at the numbers for the Democrat strongholds in Northern Virginia (NoVa), Richmond, Roanoke, and Norfolk. Not very good at all.

This is how fivethirtyeight.com sees it:

In years when the president’s party leads the generic-ballot polling average the September before the midterms, the party underperforms those polls by an average of 9.3 points. And that, in a nutshell, is why Democrats should be concerned about the 2022 elections despite their current lead on the generic ballot. This cycle so far looks a lot like former President Barack Obama’s two midterms (2010 and 2014) did for Democrats in that they lead generic-ballot polls by a few points in the September of the year before the election. But in both those years, Republicans eventually moved ahead in our generic-ballot polling average and won the election handily.

So, if Republicans outperform their early polling to a similar degree as they did in 2010 and 2014, they could win the House popular vote by 5 to 7 percentage points, which would very likely hand them control of the House (and probably the Senate too, since almost everyone votes a straight party-line ticket these days). Of course, though, that’s a big if; there has been a lot of variability in these historical trends, so a wide range of outcomes is still possible. But even if Republicans only improve their standing a little bit — something that is likely to happen, if history is any guide — it would probably still be enough to flip the House, considering that their control of the redistricting process in a plurality of states is likely to reinforce the GOP’s structural advantage in House races. Past trends don’t always hold true, but the smart money, at this point, remains on the president’s party losing control of Congress next year.

Overall, 2022 seems promising for a working majority in the House and Senate for Republicans. Hopefully, enough ill-will has accumulated, and enough deadwood has been forced out in primaries that the new majorities will unleash a tsunami of subpoenas and investigations as a prelude to 2024. On the other hand, whatever majority we give them will be in the hands of Mitch McConnell and Kevin McCarthy…now I feel like having a good cry.