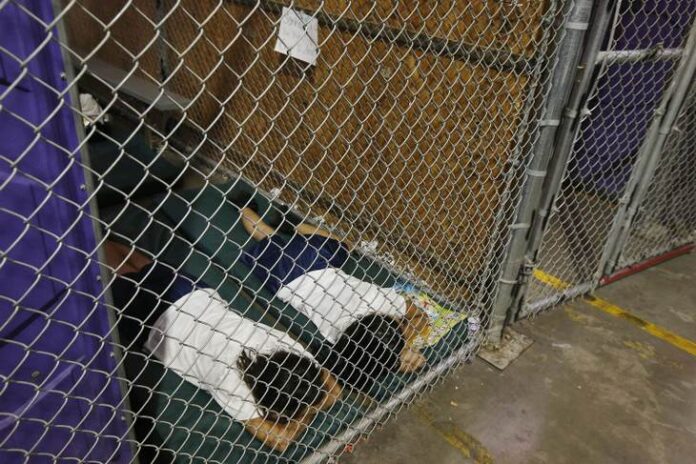 Instead of thinking through the issue, it was decided for Biden that should push for open borders. He needed to send a signal to his followers living in the south that it was time to press northward.

The open borders forced Biden’s hand into the following suit with his mentor, Barack Obama, when faced with the problem. Obama and Biden agreed that kids belong in cages just like monkeys and pets belong in cages as well. So, their beliefs on human detainment have violated fundamental human rights for the past decade or more.

In the past decade, Donald Trump was the only one to open the cages and let the people free. He was the one that protected everyone by imposing stricter laws for the entry into America. But these ways were deemed by the liberals as unnecessary, and now the flood of people is about the break the system.

Jen Psaki is the front-line spokesperson. She acknowledges that there is a problem but refuses to give specific details about how Biden has kids as pets in his detention center cages. New numbers speculate that the number of kids in cages is over 3,000 souls.

Jen Psaki would instead push the issue to another department then speak up and own up to the problem. She came out and stated that “it’s not our program.” However, the Department of Homeland Security is right under the Executive Branch. The president is responsible for what happens within that section of the government.

The number of migrant children in custody along the border has tripled in the past two weeks to more than 3,250, and many of them are being held in jail-like facilities for longer than the three days allowed by law. ⁦@KannoYoungs⁩ ⁦@shearm⁩ https://t.co/BfpF43Dska

The issue of immigration is not a DHS problem. It is something that all lawmakers are going to have to deal with and fast.

Psaki is content to play games just to keep the reporters off track. Instead of telling the truth and working with others, Biden and Psaki hope to pass the issue off to other people. The truth is that no one under Biden knows what to do because they are afraid of upsetting the liberals praying for something to be done.

This is not kids in cages… This is children in jail-like facilities. https://t.co/wykjhyEc7Q pic.twitter.com/Y5ZA0NXEPH

The threat of thousands of more kids being forced to flee to the north has made Biden open up more facilities. Biden has opened up more petting zoos for the liberals to come and view the latest catches. And yet the truth is coming out that Biden is now breaking laws because he has forgotten that they can only be held for 72 hours.

Psaki tried to blame the delay on the snowstorm hitting the country, but the time frame just does not add up. The delay is happening because Biden does not know what he should do with all of the kids sitting in cages like dogs waiting for their shot to be put to sleep with.

Both issues of kids in cages and destroying animals are unacceptable means of population control. People cannot be treated like animals just because Biden does not know what to do with them. The problem started when he removed all the safety nets that kept the country from being overrun by illegals.

The maniac media does not report on Biden’s violations because he controls them. But one media outlet stated that “The number of migrant children in custody along the border has tripled in the past two weeks to more than 3,250, and many of them are being held in jail-like facilities for longer than the three days allowed by law.”

Biden is kept out of jail because he is a liberal. Had this been Donald Trump working through the mess, he would have had his name smeared in the news and people calling for him to be thrown into prison. Biden exasperates the problem because he continues to verbally tell people to come to the border so he can let them in for free.