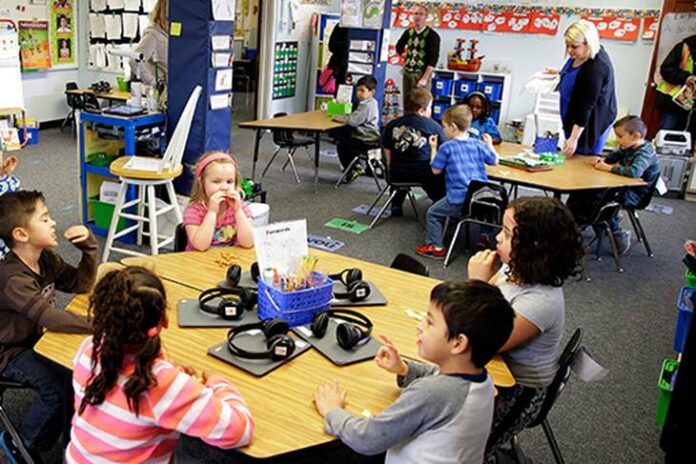 The United Teachers Los Angeles is one of the worst offenders that took students and threw them under the proverbial bus. Their extreme resistance and politically motivated demands have proven that they are a union that does not care about the people they are supposed to represent.

Late last year, the union decided that they were going to use the pandemic to get across a list of demands that they wanted to see for themselves. They stated that the list must be met or not return their teachers to the classroom.

The UTLA also decided that they were going to become a part of the Black Lives Matter group and put the students up as hostages. Their lists of demands demanded a defunding of the police departments and a whole host of other things that were not even related to teaching students. They saw the pandemic to push their selfish wish list on everyone to get what they wanted.

The entire drama scene allowed teachers to take vacations and dramatize their lives like they were living in a palace. Instead of being concerned about the students and their futures, they were more concerned about partying and doing things other than fighting to return to work. They had no incentive to return because their jobs are secure through the union.

The sorry part of the deal that the UTLA made with officials is that the majority of teachers and members of the union refused to honor their part of the deal. They were not going back into the classroom until every single adult had received a vaccination. The point is that they do not want to return to work because they love being paid for being lazy thugs.

enough to rant without makeup.

What @GavinNewsom has done to our kids is cruel. The deadline for sending signatures to #RecallGavinNewsom is March 10. @CA_Dem, Independents, @CAGOP parents should all sign, just to get him to listen.

Parents are fuming over the lost school year and the way their kids are being exploited in the game of chess that is being played out. Parents are so infuriated that the UTLA stated a reminder to the teachers who are now on Spring break that “If you are planning any trips for Spring Break, please keep that off of Social Media. It is hard to argue that it is unsafe for in-person instruction if parents and the public see vacation photos and international travel.”

NEW: In a leaked post from a private Facebook group for UTLA union members only, teachers are warned not to post on social media if they go on spring break vacations because the optics would be bad for them while UTLA is refusing to return to “unsafe” in-person schooling @FOXLA pic.twitter.com/KxQc7k450T

The teachers were told not to stoke the fire by putting pictures of vacations on social media.

And then to make matters worse, the UTLA is trying to distance themselves from any content that slips through by stating, “We have a diverse membership and they are able to post their views on personal Facebook pages and in this Facebook group – however, UTLA does not monitor nor is responsible for the content.”

The UTLA is washing their hands of anything that their members might happen to post. They stand united so far as that they do not get in trouble when one of their members steps out of line. They plan to disavow any knowledge of their existence or involvement in the group.

The situation’s hostile reality is that these teachers have jumped on Gavin Newsom’s bandwagon to keep the state locked down because they love being paid for doing nothing but living the high life. They love not having to be responsible for a bunch of kids that they once looked in the face and told them how much they cared about them. These kids have been lied to and left for dead by the UTLA.

The union members would rather lay out on the beach instead of being human beings and doing their jobs. They would instead turn their backs on the young people and do their own thing than teach. They have no interest in stepping up and being a teacher.