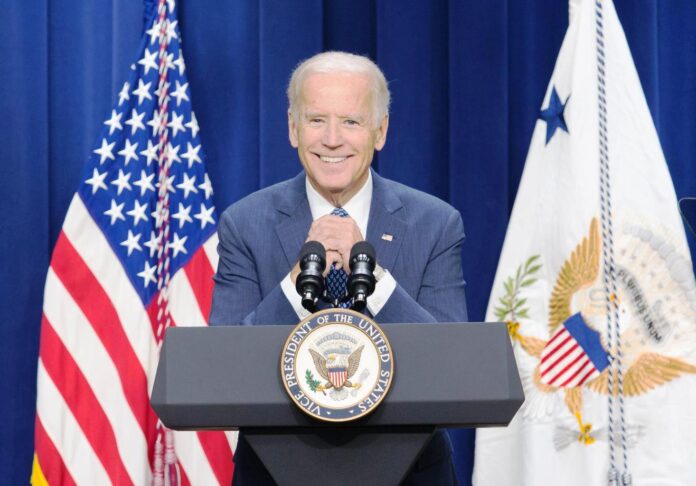 Like most presidential candidates Joe Biden made lots and lots of promises. However, since he took the White House nearly 50 days ago, he’s done little to keep those.

And it is causing some significant problems within his party.

Take the word of Ben Calvert, a 27-year-old Democrat from Minnesota, for example.

Calvert interviewed with CNN last week and told them that he had been proud to vote for Biden and be a member of his party. He was excited for quite a few things Biden was promising would happen, such as a $2000 stimulus check for every American and a minimum wage hike to $15 per hour.

But now, that pride is nearly gone, and, in its place, sits anger and frustration.

He said, “A lot of my friends are really frustrated because we were like, ‘We’ve got to elect these two senators in Georgia! We’ve got to get Joe Biden in office and then everything’s going to be better.”

That’s what was promised to us by Biden. He told us back in December that if we elected two democratic senators in Georgia, giving the political left control of the Senate, as well as the House, Biden would give everyone a $2,000 check.

Most of us took that to mean that we would get a check in the mail from the US government, written for the amount of $2000 and not a cent less.

Biden claims that this is what he always meant, as we had previously received a $600 check just a month earlier.

But that was given by the Trump Administration, not Biden’s.

And Calvert’s not the only one upset about it.

Socialist Democrat Alexandria Ocasio Cortez, who campaigned on behalf of Biden, is just as frustrated.

Democratic Representative Cori Bush from Missouri made a similar comment.

But that’s not the only promise Biden’s own party feels he lied about or gave up on.

As Bush mentioned in a later tweet, there is also that promise of a near doubling of the national minimum wage, as well as the fact that those $2000 checks that weren’t were supposed to go to as many Americans as possible. But now they are not, thanks to Democrats in Congress putting limits on who should receive them.

According to the new COVID relief package, some 17 million Americans who received the first couple of checks will now be ineligible for Biden’s, even though many are struggling middle-class workers.

And even very anti-Trump Ilhan Omar has voiced her extreme disappointment in Biden’s failed promises.

She told CNN last week, “I see it as a really disappointing development. We obviously are now ultimately sending money to fewer people than the Trump administration. It is a failure when we compromise ourselves out of delivering on behalf of the American people.”

And she’s not wrong.

Susan Sarandon has long been a supporter of the political left and, as such, an avid Trump hater. But even she has some solemn words of warning for the Democratic Party as its leaders continue to fail the American people.

She wrote in early February, “If voters feel like Dems are pulling a bait and switch, don’t be surprised when they don’t show up in 2022 or 2024.”

Instead, the opposing party and whoever they choose as their nominee will win in a landslide, as former Democrats will flock to support someone more willing to fulfill their promises.

Of course, that doesn’t mean mainstream media will stop lying for the left.

As Jack Posobiec of OAN noted recently, Trump sent more money to more Americans than Biden has, and yet, the media is still willing to hold bias in Biden’s favor.

If there’s one promise Biden might be fulfilling, it’s that he’s unifying America. But only by driving hoards of his own running to the GOP. At this rate, it won’t be long before nearly everyone is against Biden, his own party included.