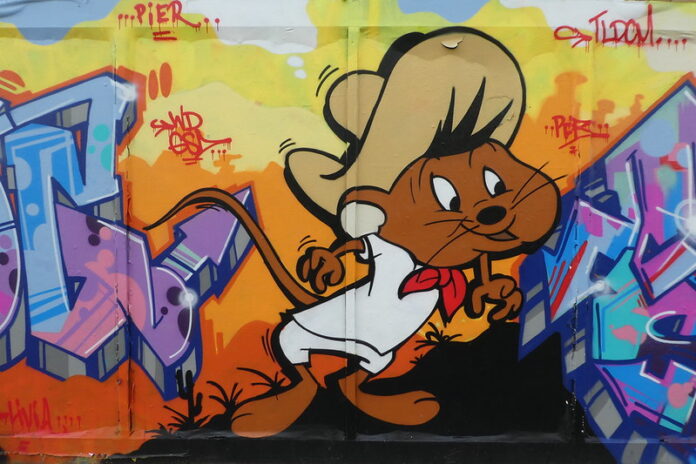 Remember when cartoons were there for entertainment? We laughed because pigs and rabbits and skunks were humanized. No one took their words or actions for face value. They were there as a way to laugh and to enjoy a break from the craziness of the world.

Say goodbye to them all. They’re being canceled.

Looney Tunes characters may be popular, but they’re completely inappropriate given the radical beliefs of today’s Democrats.

Charles Blow, one of the left-wing columnists for the New York Times, has decided that it’s time to say goodbye to some of America’s favorite characters because they’re insensitive to today’s population.

Blow already applauded the removal of several Dr. Seuss books. Now, he takes it a step further by saying that “Racism must be exorcised from culture.”

His idea is that we erase it instead of allowing it to stay and turning it into a teachable moment. He wants to start the exorcism with children’s culture.

Speedy Gonzalez will obviously have to go because he’s racist. Forget about the fact that he’s the only Mexican character. Some would argue that they’re pleased to have had him as part of the Looney Tunes franchise because he shows diversity.

RW blogs are mad bc I said Pepe Le Pew added to rape culture. Let’s see.
1. He grabs/kisses a girl/stranger, repeatedly, w/o consent and against her will.
2. She struggles mightily to get away from him, but he won’t release her
3. He locks a door to prevent her from escaping. pic.twitter.com/CbLCldLwvR

Nope. Speedy also helps to popularize that Mexicans are “drunk and lethargic.”

Pepe Le Pew is known as the stinky skunk who just loves love. The French skunk has to go because he’s romanticizing the rape culture. Blow talks about how Pepe is constantly guilty of kissing a stranger/girl without consent and against her will.

Forget about the fact that it’s a skunk and not a human. There’s no need to try to defend this one because the leftists have already made up their minds.

Of course, when Blow decides to defend his arguments on Twitter, there’s pushback.

As one says, these such characters are too controversial yet it’s okay for eight-year-olds to take puberty blockers.

Dr. Seuss and Pepe Le Pew too controversial for the current year, but it’s okay to encourage eight-year-olds to take puberty blockers.

Another says that these are being canceled to continue the façade that we’re all culturally the same. That’s when there’s the suggestion of canceling Chef Boyardee, too, since it’s a fake Italian on the label.

Now they Pepe Le Pew & Speedy Gonzales, because it will never end until we pretend that we are all culturally the same.

Common sense flew out the window long ago on this one. And there’s no end in sight.

Each and every Looney Tunes character has some fault.

The left has already come for all of the guns owned by Yosemite Sam. It’s only a matter of time before they decide that Elmer Fudd has to go since he’s got a stuttering problem. After all, Biden has a stuttering problem, and it’s cruel to pick on people for their shortcomings. And that means Porky Pig is on the proverbial chopping block, too. Might as well throw Daffy Duck into that mix while we’re at it.

Then, there’s Taz. Well, he’s from Tasmania and he is simply rude and inconsiderate. He might be showing children that it’s okay to make a mess.

Bugs Bunny is a bigot. Over the years, cartoons have had him poke fun at African Americans, Native Americans, Germans, the Japanese, and more. You could argue that at least he’s an equal-opportunity bigot, but the left wants to cancel him altogether.

The liberals don’t want us to learn from our past mistakes. They don’t want the cartoons to remain so that we can see how we were once a country of racists but that we’re not that way any longer. We have evolved.

No. The liberals are prepared to strip away anything of our “dark” past to help us clear the future for an entire generation of children who will be offended by anything and everything that even remotely looks like racism.

They “can” be kept, but they won’t. The leftists have come for everything because they’re the suckers of joy.