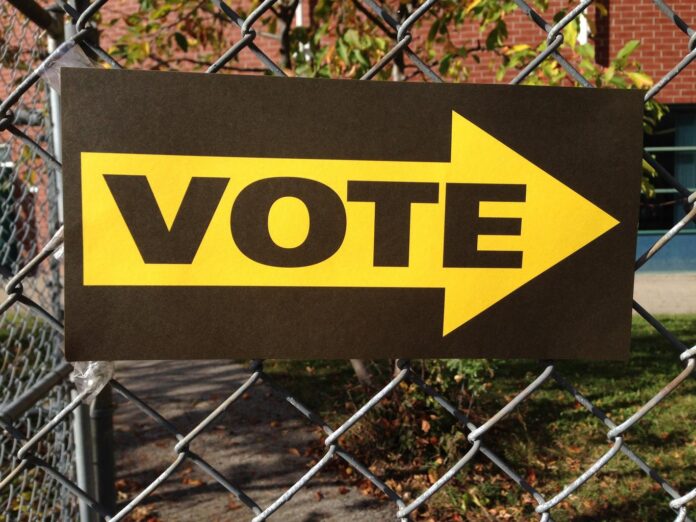 Nancy Pelosi and the radical left Democrats in the U.S. House of Representatives just passed a new election bill (H.R. 1) that is an extreme attack on free and fair elections.

I know you’ve heard a lot of hype and hyperbole in the news lately about the world ending, America ending, and Aunt Jemima getting a logo redesign but for once I want you to pause, take a deep breath, and continue reading because the new election laws proposed by the Democrats in H.R. 1 are quite literally the recipe for the total destruction of our country and the gateway to a socialist transformation of the United States.

H.R. 1 is a naked, unconstitutional power grab that directly attacks election security and the integrity of the ballot box — it would render “one person, one vote” virtually meaningless.

The Democrats are doing it for one simple reason: to permanently take over our government and lock conservatives out of power FOREVER.

Now that it’s been passed in Pelosi’s corrupt Democrat-controlled House, the H.R. 1 election attack bill is moving to the Senate where it MUST be stopped.

We all know that Biden controlled by the left and their puppet president will sign ANYTHING that comes on his desk. If the elections attack bill isn’t blocked in the Senate and it reaches Biden’s desk, he is guaranteed to sign it into law. Cue: the destruction of America.

The bill is a liberal fever dream and an American Nightmare packed with everything from the abolishment of state voter ID laws to granting Washington D.C. Statehood:

Simply and truly, this is election attack bill is the most radical threat to Our Republic in our nation’s history. Conservatives are fighting back, and fighting back hard, now that the fate of our constitutional republic hangs in the balance in the U.S. Senate.

Make no mistake: H.R.1 will destroy America’s elections forever. More, H.R. 1 has the potential to destroy our country forever.

While the Democrats are hanging on by a thread to their slim majorities in Congress, they are racing to ram through as much of a socialist wish list as possible. By attacking our elections and imposing California-style election rules nationwide, the Democrats plan to use rigged elections to help elect more socialists and fulfill their socialist project of turning America into a socialist nation.

The Radical Left knows that Americans did not give them the mandate to defund the police, open the borders, and give statehood to Washington D.C. that’s why they’re moving as fast as possible to pass this radical election attack bill. This election takeover attempt is the critical first step of their sick and demented strategy to cement their CONTROL of America so they can pursue their radical socialist agenda.

Without free and fair elections, we have no country. We need to stop this radical attack on our elections immediately. Call your state’s U.S. Senators and tell them to oppose H.R. 1, which is an unconstitutional radical power grab and attack on America’s elections.