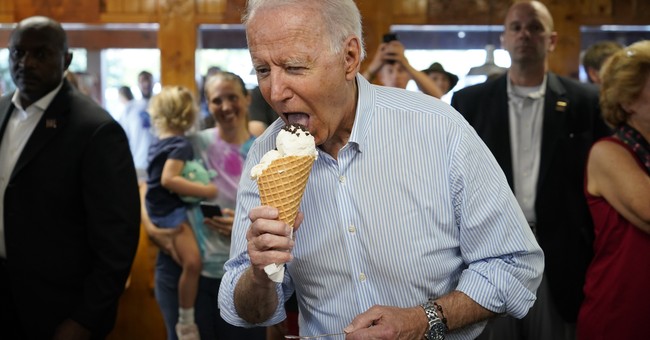 As RedState reported yesterday, the situation at the Southern border, specifically in Del Rio, TX, has gone far beyond anything we have seen before. Well over 10,000, mostly Haitian, illegal immigrants have crossed the river and are continuing to do so today. A full-blown refugee camp demonstrating deplorable conditions has also formed under the large bridge that marks the entry point from Mexico.

Here’s some of what that looked like on the ground.

While I know many, including some on the right, get really uncomfortable when you call illegal immigration an “invasion,” at least in this particular case, that’s exactly what it is. A massive, organized group of Haitians are defying the Border Patrol and crossing en masse, not in the middle of the desert, but at a border entry point. The authorities have simply been overwhelmed by the sheer numbers.

As this has played out, the question of where Joe Biden is became paramount. Of course, we know where he personally is — at the beach on vacation again because he’s a terrible president. But the question of where a policy reaction was still hung out there. Now, we may finally be getting a reaction.

But while the Biden administration may finally be reaching its breaking point, at least in the sense that they may actually do something, this remains a completely self-inflicted wound. According to the report, Haitians are traveling through Mexico by bus to reach the border where they are freely crossing without repercussion. Why is the Mexican government allowing that to happen? Well, you can trace that back to Biden’s abrupt canceling of the “remain in Mexico” policy.

By getting rid of the most effective measure to stop the stem of migrants before they even leave their home country, i.e. the demotivating factor that they’ll be stuck in Mexico for months or years, Biden invited the current surge. Further, the Mexican government, itself now overwhelmed by the caravans, lost its incentive to stop those transiting through their country. Thus, we now have thousands of Haitians, who somehow got to Mexico in the first place, simply wading across the border, traveling back and forth freely to get supplies. The situation at the border is total anarchy.

Certainly, I feel sympathy for those trying to make the journey, but this simply can’t be allowed to stand. It’s one thing to have individual migrants crossing illegally at the more remote parts of the border. It’s another to have large groups of people being flown into Mexico specifically to gather and overwhelm actual entry points. Both types of illegal immigration are not sustainable, but the second opens the door for a mass of illegal immigration not just from Central America, but from across the globe in a way that clearly qualifies as an invasion.

The United States, for all its charitable spirit, simply can not handle such an influx. Besides, the rule of law should still mean something, even when talking about the border. Hopefully, the Biden administration has gotten the message and will follow through with what’s being reported. I won’t hold my breath, though.