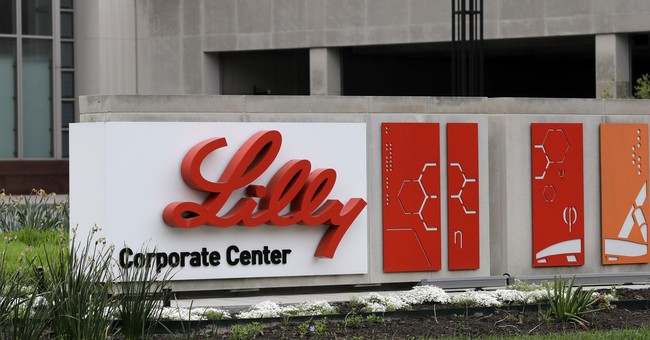 While the California recall, Nicki Minaj’s thoughts on the COVID vaccine and testicles, and General Milley’s insane rogue operation are dominating headlines, the Biden administration is quietly moving ahead with a plan that will cost many taxpayers a lot at the pharmacy.

This follows the media’s complete ignoring of Mississippi launching a lawsuit against insulin makers for actions that allegedly held insulin prices up artificially high, the media’s constant depiction of Democrats as the only party focused on drug prices even though a bunch of proposals Democrats are now pursuing actually emanated from Donald Trump, the media ignoring Sen. Charles Grassley having a lengthy history of going after pharmaceutical companies over high prices and even everyone bar CNN– for the duration of a live interview anyway– ignoring Mitt Romney saying he wanted to work with Democrats on drug pricing literally right after Election Day 2020.

Roughly 10 percent of the American public has diabetes, and a new report indicates that the country’s three major insulin makers are jacking up their profits by refusing to sell it at a discount to a bunch of community pharmacies. The federal government has already slapped the companies for doing this, said it’s unlawful, and told them to knock it off. But of course, they are litigating because according to Eli Lilly (one of the big insulin-makers), they’re earning higher revenue while their discount-denying policies remain in effect.

For the record, Lilly started cutting off the discounts in question in July 2020.

Between 1999 and 2019, the report says, insulin manufacturers increased product prices by 1200%. They also seem to have worked in tandem to hike prices in a way that seems like it might violate antitrust laws (but even if it doesn’t, was pretty ruthless for diabetes patients). A 2020 Senate Finance Committee report showed that when one company increased its insulin price, then the other two would follow suit. This pattern applied with these 340B discounted sales: According to this new report, Lilly started cutting off 340B discounts in July 2020, then AstraZeneca did the same in October 2020, and Sanofi did it in March 2021.

So, why the media silence? Largely because it’s boring. They can pursue an agenda with the fallout of the California recall. They can check off a lot of interest boxes with the Nicki Minaj story (especially since Tucker Carlson is now involved). They can continue making Ron DeSantis their chosen opponent in 2024. But, there just isn’t anything that sexy to them where the quite-possibly-impending insulin price spike is concerned. It doesn’t interest them, and it doesn’t really interest the politicians.

But it should interest you, because at the end of the day it’s you or your family that has to pay for the price hike. And that will be yet another thing that falls on the Democrats’ shoulders because they are the ones in power. And the Republicans can at least say they did something when they were in power – the Biden administration is, after all, reversing a Trump-era rule, which is the catalyst for the upcoming price hike.

This affects you. You should really let your Representatives and Senators know it affects you.