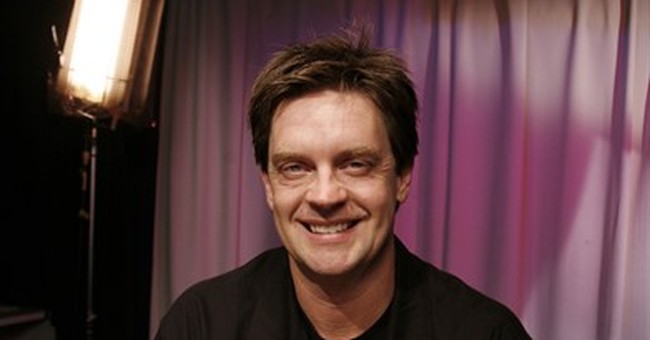 Not everyone’s into vaccine mandates.

If you’re unfamiliar with Jim, I highly recommend checking him out.

He gave quite a turn as Goat Boy on Saturday Night Live, and his AC/DC impression is spot-on:

In addition, his alcohol routine is legendary:

But perhaps best are his stories — about SNL, Metallica’s Lars Ulrich, late (brilliant) comedian Norm Macdonald, and taking care of his sick father — found via interviews online (Language Warning for those links).

One narrative with which he isn’t okay, though, is the one saying all Americans must be forcibly vaccinated.

Hence, Jim’s drawn a line: He won’t do shows where proof of vaccination is required.

In fact, he’s canceled events where that was the case.

During a 22-minute Facebook Live video, the Half Baked star dropped science:

“Two quick updates on shows that you may think you may be getting tickets to, or you already have tickets to: The Wellmont Theater in New Jersey — not doing it.”

“Also,” he continued, “the Royal Oak Theater in Michigan. Due to the segregation of them forcing people to show up with vaccinations…I am absolutely not doing those shows.”

And he’s paying for his principles:

As relayed by Fox News, the 54-year-old “believes that getting the COVID-19 vaccine is a ‘choice,’ and he feels his fans are being ‘forced’ into making that decision.”

Also not backing down: the Wellmont Theater.

“Our policy is put in place to protect the concertgoer, the artist and the employees of the theater alike. We wish Mr. Breuer well and hope to see him at the Wellmont Theater down the road.”

The COVID situation is curious.

Is a mandate necessary to inoculate America?

It seems to me the government could do far better in selling us on the shot.

Putting wholly aside the vaccine itself, purely in terms of messaging, one present marketing mess conveys a confounding combination of concepts:

The vaccine absolutely works; therefore, you should get it.
You must get it, in order to protect those who are vaccinated (because the vaccine doesn’t work).

Either way, to be clear, I am in no way anti-vaccine; furthermore, I do not suggest anyone should forgo getting it.

As for making needling necessary in order to enjoy entertainment, Jim Breuer’s not the first standup to balk.

As covered by TheWrap, podcaster Joe Rogan told listeners in August such a requirement was attached to his upcoming New York City extravaganza:

“I have a problem, because I have a show there in Madison Square Garden in October, and I’ve already sold 13,000 tickets. And now they say that everybody has to be vaccinated, and I want everybody to know that you can get your money back.”

“If someone has an ideological or physiological reason for not getting vaccinated,” he said, “I don’t want to force them to get vaccinated to see a [flipping] stupid comedy show.”

Where mandates are concerned, will more comedians…stand up?

Will all eventually give in?

Then again, there’s a slight ray of hope — I’ve heard we’ll only need to do this for 15 days: