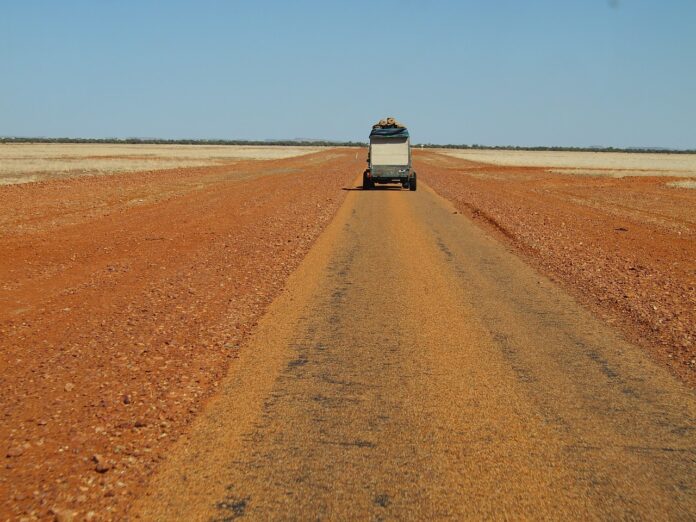 For those at America’s southern border with Mexico, things have always been a little bit problematic. Migrants, legal or otherwise, have been crossing the border for just about as long as anyone can remember, searching for a better life for themselves and their families.

But over the years, as America has become an international leader and one of the freest countries in the modern world, those problems have only escalated, requiring a more secure border system to be constructed.

Former President Donald Trump even took it so far as to build a massive wall to keep illegal incomers out. And it worked, at least where construction was finished. Crossings and apprehensions dropped considerably in the months after the wall began being built and things began to look up for our nation.

However, with the incoming of President Joe Biden, all that has changed.

And unlike, he promised, it’s not making things better.

Instead, as one Arizona Sheriff whose jurisdiction contains a little over 80 miles of the southern border, Biden has essentially created a high-speed road for human trafficking.

Cochise County Sheriff Mark Dannels recently told The Washington Times, by abandoning the wall and its construction, workers have “just built a road for the cartels.”

You see, when construction of Trump’s wall began, a road had to be put in all along the border to serve as an access point for construction workers and equipment, as well as to allow Border Patrol to more easily maintain and police security of the wall.

But when construction stopped, and both workers and Border Patrol were forced to abandon their tasks, it left an unmanned highway with easy access to our border’s most insecure locations.

And immigrants have taken full advantage of that.

Dannels said, “One area that’s wide open right now, we’re getting five to six groups a day. It’s almost worse than it was before. We just built them infrastructure.”

Note that he didn’t say five to six people a day crossing over illegally. That’s five to six groups, with as many as two dozen in some groups.

And Dannels isn’t the only one whose noticed such an uptick.

Even Democratic lawmakers see a growing concern for border security.

Take Democratic Representative Henry Cuellar, who comes from a district along the Texas border, for example. He told Fox News recently, “The number of unaccompanied kids, the number of families that are coming in are just increasing every day. In my district, just a couple of days ago, 166 people (crossed the border).”

Of course, being a Democrat and still a fan of anything against Trump’s way of doing things, Cuellar doesn’t see it as “a crisis yet.” However, he does note that it won’t take long before it is.

According to CBS News, more than 1,800 unaccompanied children were “apprehended” by Border Patrol not two weeks ago. Now think about how much space or beds Biden government agencies have put in place for these children. The outlet says that number is only 8,000, and with this recent influx, it’s already nearly 90 percent full.

And it’s only getting worse.

One of Biden’s own staffers noted to Axios recently that experts in the field predict a whopping “13,000 unaccompanied children” to make their way to America in the month of May alone, as numbers continue to increase.

Let me just say: That’s a crisis to be sure.

What are border agencies supposed to do with 13,000 migrant children? And that’s on top of the thousands they already have custody of…

Already the average children border crossing sits at right around 321 a day. A DAY…

According to The New York Post, if that rate continues to increase as expected, it will be no time at all before we “exceed an all-time record… by 45 percent.” And that’s just the children.

And yet, Biden’s Homeland Security Secretary Alejandro Mayorkas says, it’s nothing more than a “challenge” the administration will have to handle. Excuse my French here, but a challenge, my ass. It’s called a crisis, plain and simple.

It won’t be long before Biden, and his staff is forced to make some changes and ones that will no doubt look more like Trump’s policies.