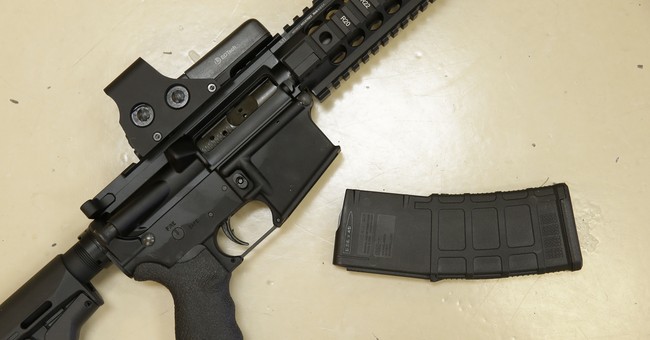 The Taliban has new ones, so why shouldn’t you?

I’m referring, of course, to guns.

A lot of 2021 Americans have had somewhat of a similar idea, as purchases by new firearm owners continue to soar.

The National Shooting Sports Foundation — the firearm industry trade association — reported this month on transactions across the first half of the year.

As of June, the group says, there had been nearly 9.8 million background checks for gun sales.

Response to the organization’s survey suggests 33.2 percent of those were first-timers.

“This survey shows that there is a continuing demand signal for firearms from the American public. We witnessed each month background check figures associated with a gun sale that are second only to those we saw in last year’s record-breaking totals.”

Last year was certainly a banner year for boomsticks.

A host of headlines made things clear:

Trigger Warning: To the Horror of the Mainstream Media, Soaring U.S. Gun Sales Break Another Record

Hot as a Six-Shooter: Gun Sales Continue to Soar as Dems Find Their Strange Place in the Chaos

Number 1 With a Bullet: Americans Keep Their Gun Grab Going, but Some Companies Are Shooting Blanks

As for that last story, manufacturers were struggling to keep up.

The company bought $2.8 million worth of machinery in order to increase production.

I wrote in October, “2020, you’re a villainous vasectomy — you’ve taken the bullets out of the gun.”

“[The] survey results show not only is there a strong and healthy appetite from first-time gun buyers but that there is still room to grow. We are encouraged by the sustained interest in lawful and responsible gun ownership as well as by the manufacturing base which has been challenged to meet this remarkable demand.”

And if you were wondering, here’s how the numbers from 2021’s first six months break down:

33.2 percent were first-time buyers
44.5 percent of first-time gun buyers in 2021 were under 40
22.1 percent of customers purchased a second firearm since their initial purchase.

For something more personal, check out the account of RedState Front-Pager — and first-time buyer — Jeff Charles, via his VIP piece, “I’m Finally Getting a Gun – Here’s Why.”

In 2020, doubtlessly, millions acquired weaponry due to riots in the streets.

It’s hard to say, but though social unrest may have subsided somewhat, the fact remains that we are divided.

Those in power, it seems, are determined to keep it so.

And when a nation loses its unity, security isn’t far behind.

These days, we’re not just Democrats and Republicans — we’re the whites and nonwhites, the oppressors and the oppressed, the vaxxed and unvaxxed, the masked and unmasked.

I hope one day, we’re much closer to just all being Americans.

Either way, of course, there will always be danger. And when life itself is at stake, Americans appreciate the right to bear arms.

That, I believe, isn’t likely to change.