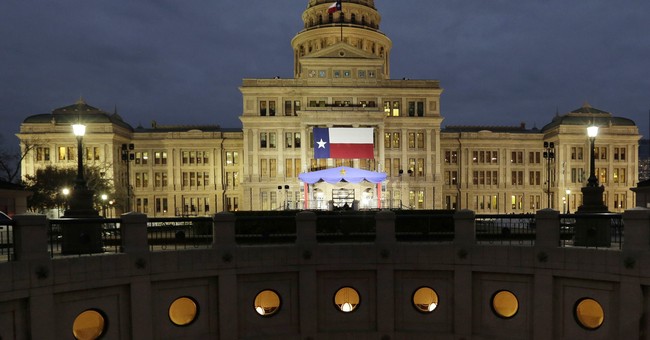 The blue wave that the left said was going to hit Texas continues to recede further and further back as numbers continue to show Democrats losing ground in the Lone Star State.

According to Texas Monthly, Starr County is turning red by leaps and bounds with Republicans showing up in droves and increasing their presence by the triple digits while Zapata County is seeing red for the first time in decades:

In Starr County, just upriver from McAllen, Republicans increased their turnout by almost 300 percent between 2016 and 2020. While Hillary Clinton won there by sixty points, Joe Biden barely scraped out a five-point victory. In Webb County, home of Laredo, Trump cut his 2016 margin of defeat by more than half. And in Zapata County, which didn’t even have a local Republican party, Trump became the first GOP presidential candidate to win since Warren G. Harding was on the ballot a century ago.

Texas Monthly stated that much of the problem is the Democrat party’s assumption that Hispanic voters would default to voting Democrat as the left considers itself the party of the minority. This is increasingly proving to be a hubristic stance by the left, and Hispanic voters, Texans in particular, are teaching them not to take them for granted:

Banking on an identity-based appeal, Democrats last year trotted out the sort of bilingual messaging in South Texas that has played well among Mexican Americans in Los Angeles and Puerto Ricans in New York, focused on a celebration of diversity and immigration. Republicans, by contrast, recognized that Hispanic South Texans share many of the same values as non-Hispanic white voters elsewhere in Texas and swept in with a pitch about defending gun rights, promoting the oil and gas industry, restricting abortion, and supporting law enforcement. Republicans proved more persuasive.

As I previously wrote, the town of McAllen, Texas, was also considered a Democrat stronghold by the left and thus there was no reason in their minds to listen to their concerns. It’s a town that was 85 percent Hispanic and Biden had won the county over Trump by 17 points. Before Biden, Clinton had won it by 42 points. Democrats apparently didn’t seem to think the drop between Hillary to Biden was that alarming, but they should have. McAllen elected its first Republican mayor in June.

Finding the reason why the switch has been ongoing for some time isn’t hard to understand. On top of the fact that Democrats thought they pretty much owned the Hispanic vote, the Biden administration’s border policies have been destructive to nearby communities, including the Hispanic communities. Democrats assumed that this would endear the Latino population and drive them further to the left. The assumption left a bad taste in the mouths of these voters.

Moreover, the left constantly proved that they weren’t listening to the Latino community in small ways. The continued use of the term “Latinx,” for instance, has been a descriptor the community has said repeatedly that it doesn’t like, yet the left continues to use it despite the objections.

No doubt, the left is looking to hit the drawing board and win back the Hispanic vote, but so long as they continue to put these communities in danger with irresponsible management of the border and appeals to their status as a minority instead of individual communities, Democrats will continue to bleed support.