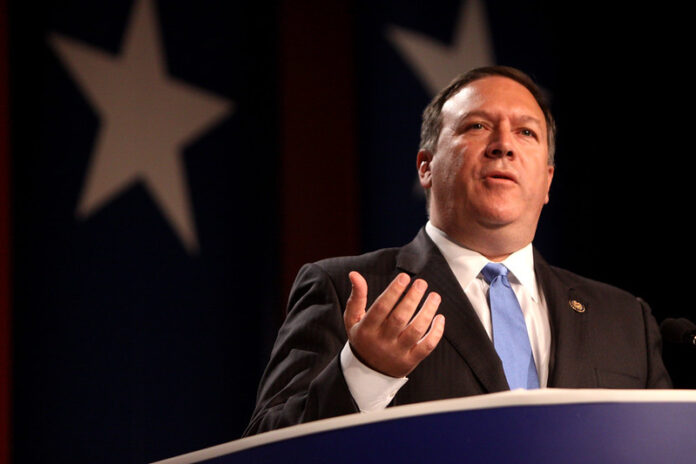 Where is Joe Biden? We know that he’s been spending time at the White House. He’s been actively signing executive orders. He’s had various meetings with advisers and committees. But…where is he when it comes to talking to the American people?

President Joe Biden hasn’t held a press briefing. Instead, he’s been sending Jen Psaki to the wolves as press secretary. And, if she says that she’ll circle back to an issue one more time, the press may lose their collective minds.

The reality is that presidential press briefings are typically held within the first 30 days. It’s the chance for the president to stand at the podium and answer questions directly. Yes, it is open to scrutiny, but it provides peace of mind to the American people.

Biden is halfway through his first 100 days and there’s still no presidential press briefing on the calendar.

As a former speechwriter for President George HW Bush, Mary Kate Cary has said, “The more often the president makes himself available, the better the chances that his arguments will reach their intended audience without filtering by the often hostile press.”

Americans have already noticed that Biden is missing from the press briefings.

So has most of the world. During an episode of “Hannity,” former Secretary of State Mike Pompeo said, “world leaders, and my counterparts all across the world are watching very closely.”

Biden has not taken the front position that he has been expected to take. Trump was out in the spotlight. He talked, he answered questions, and he was prominent. Biden is not talking, he’s not answering questions, and it looks like he’s hiding.

It’s leading to a lot of questions. Is Biden the one actually running the country? Is Biden capable of being the president we need him to be?

Kamala Harris has been the one reaching out to many of the foreign leaders. She’s been on the phone having the various conversations without Biden anywhere around. The president is the one that should be talking to foreign leaders, not the vice-president.

It only leads to more questions.

Pompeo pointed out the biggest issue of Biden being out of the spotlight: “Weakness begets wars.”

War is bad regardless of where you are on the political spectrum. The goal is to keep the country out of wars. Yet, Biden isn’t taking questions. He’s not explaining his policies. He’s hiding to avoid all of that – and it may be a sign that his mental capacities are declining faster than was even hinted at during the primaries.

During a press briefing, there would be no questions provided ahead of time. There would be no teleprompter for Biden to read from. He would have to look out into the crowd and answer the questions in the moment. Can he do that? Well, at halfway into his first 100 days, he’s not providing confidence that he can or that he will.

Americans want to see their president and hear answers to the questions that we all have.

Meanwhile, the rest of the world is watching and waiting. They want to see what’s going to happen. They’re used to seeing a president who was out there, engaging the media on a range of topics. Trump was actively involved. Biden is not – and that leaves the country looking weak and exposed.

The last thing the United States needs is to appear weak. Biden is weak, and we all knew it. The only reason he is even in the position is that he wasn’t Trump.

The Democrats voted blue no matter who, and that “who” they voted in may be the weakest president we’ve ever had. It comes down to this: Either get Biden behind the podium for a presidential press briefing or get him out of the Oval Office.