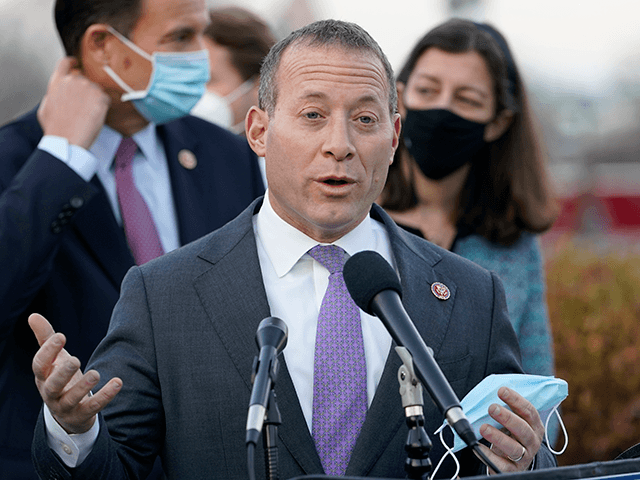 The Democrats think that they have the majority. People like Nancy Pelosi and Alexandria Ocasio-Cortez are quick to point out their majority lead. The problem is that Pelosi and AOC are of the hard left. They don’t have the majority. They might as well be in a separate political party of their own. And, they’re quickly being reminded of that as more moderate Democrats choose to speak up.

It seems as though moderate Democrats are tired of being accused of leftist agendas and pushing the country toward socialism. They’re making it clear that they don’t want what Pelosi and the rest of the leftists want.

House Speaker Nancy Pelosi has already managed to push a $1.9 trillion coronavirus relief bill over to the Senate thanks to the Democratic majority. And with nearly $2 trillion in spending, much of it was absolutely unnecessary.

But the hard-left agenda is only getting started. There are now new legislative pushes in the works, including women’s compensation, gun bills, LGBTQ priorities, an amnesty bill, and more.

The Senate needs at least 10 Republicans on board to get anything passed through. Meanwhile, in the House, things are easier.

The problem is that “you disincentivize action” when things are ruled that way according to Representative Josh Gottheimer, the co-chair of the bipartisan Problem Solvers Caucus.

Shoving things through without giving any regard to the Republicans is not the way any kind of legislation should be handled.

The solution is to work on bills through the committee process. Then, Republicans can amend and negotiate. Committee chairs can write legislation in order to gain bipartisan support.

Nancy Pelosi doesn’t want to take the fair and reasonable approach, though. She simply wants to make the House all about what the progressives want.

More Democrats are speaking out to say that they don’t want to legislate that way. Veronica Escobar, a Democrat in Texas, says that “we should not negotiate against ourselves.”

There has to be more bipartisanship in play throughout the House. More and more Democrats are choosing to cross party lines because they don’t want to be identified as being on the far left or as a progressive.

Representatives Kurt Schrader and Jared Golden, both Democrats, chose to reject the bill known as the American Rescue Plan because the bill only allocated 9% toward actually fighting the coronavirus.

Golden made the comment that the path congressional leaders are on has resulted in spending hundreds of billions of dollars. He explains that he already supported $4 trillion in COVID relief in 2020. He can’t do it again, with “more in funding that is poorly targeted” and some that are not even necessary at this time.

Finally, there are some Democrats willing to speak up. Pelosi feels as though she can just bulldoze any left agenda through the House without thinking about whether it garners bipartisan support.

Meanwhile, House Majority Leader Steny Hoyer is just as clueless. He told reporters that he believes the bills gain overwhelming support from the Democrats, Republicans, and independents of the American people. However, he says that “We don’t know why that support, particularly in terms of Republican support, doesn’t translate to the members of the House or Senate.”

Really? Hoyer can actually stand there and say that he has no idea? He could do something really bold like ask the Republicans of the House. Then, he could receive real answers. It would make it easier to gain bipartisan support. The Republicans (and many of the moderate Democrats) simply want to make sure that things are fair – and that issues on both sides are getting the necessary attention.

The House wants to push legislation through, though, without any amendments from the GOP. So, the House COVID relief bill was passed without giving the Republicans the amendment they wanted to give aid to teenagers in the form of mental health services. Instead, they chose to spend that money on a subway in Pelosi’s hometown.

None of it makes sense, and Democrats are tired of the games being played by the far left.