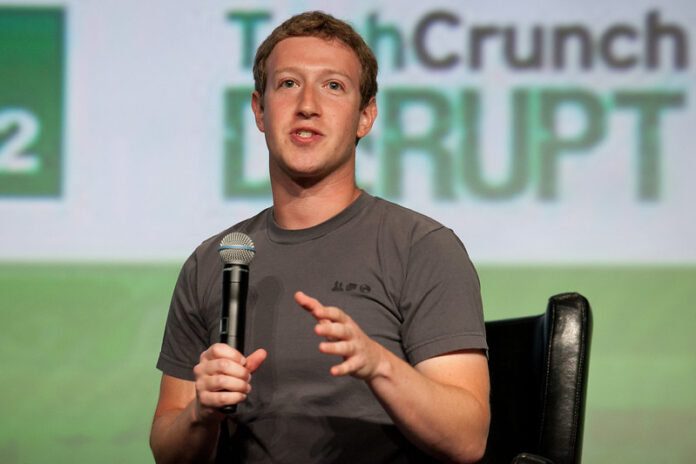 Apparently, funds are running low for Mark Zuckerberg. When it comes to the wealthiest men of America, he’s losing the race when compared to CEOs like Jeff Bezos and Elon Musk. So, he’s removing a ban that will help him to rake in the big bucks once again.

When Facebook originally put a ban on political advertising, it was seen as a way to level the playing field. The social media platform wanted to eliminate the spread of misinformation. Since they couldn’t fact-check every claim made on a political ad, they made the bold decision to ban all political advertising.

The ban meant losing millions of dollars. With so many voters on Facebook and Instagram, it was a natural place for candidates to go to advertise.

Now, Zuckerberg is clearly feeling the financial woes of such a decision. Considering that many members of Congress are in an election year for 2022, ads will be coming online very soon. Why lose out on that kind of money? He’s already managed to get out the threat of Trump with the ban, so there’s no reason to stop advertising any longer.

The ban, which has been in place since November, has officially been lifted. Now, Facebook is opening it wide up to accept advertisements for political, electoral, and social issues.

When Zuckerberg initially instituted the ban, he made the comment that “this election is not going to be business as usual.” He established the ban because he believed it was his responsibility to “protect our democracy.”

No, it wasn’t. On social media, people are smart enough to know that they might not be reading the truth. Yet, Facebook disagreed. They wanted to spoon-feed the American people what they believed to be the truth. Rather than simply banning Trump and the rest of the GOP, he made a blanket ban.

With Trump out of the equation, he can feel confident with lifting the ban.

Now, just as Twitter and other social media platforms have terms and conditions, so does Facebook. Zuckerberg and his merry band of fact-checkers can choose to add banners of “misinformation” on various posts. The platform can also choose to throw people into Facebook jail for a day, a week, or longer. Accounts may even be locked or deleted if they really don’t like what people are posting.

After all, freedom of speech is dead. The social media platforms have collectively decided that healthy discussion and debate among people should not be allowed. If they’re not speaking the truth, they must be deleted. Of course, “truth” is not always the case. If people want to spew liberal agendas left and right, they are welcome to do so. Anything that takes a moderate to right view, however, is likely to be labeled as misinformation.

It’s only a matter of time before Facebook is back to its ways of only deleting the content of GOP members. After all, Mark Zuckerberg and Jack Dorsey of Twitter enjoy taking cues from one another. What one does, the other quickly follows.

Facebook already proved that they’re not interested in anything being posted by Twitter. They removed content that related to the Capitol Riot of January 6. Additionally, anyone using the hashtag or phrase “stop the steal” also had their posts removed.

Nonsense. The Democrats don’t cheat. Facebook is willing to stand by that and use misinformation flags to prove it.

Meanwhile, Zuckerberg can go back to his more expensive lifestyle now that he’s allowing political advertising once again. What that means for everyone on Facebook, however, is an over-abundance of ads that are trying to push liberal candidates and liberal agendas down everyone’s profiles.