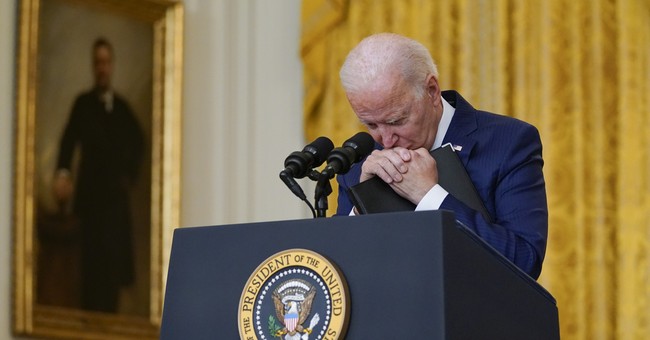 As we reported, suddenly, folks at college football games and other events like concerts were chanting “F**k Joe Biden!” What’s sort of amazing about it all is that college students are generally some of the most liberal folks you’re going to find on the planet. But, obviously, not the folks we’re seeing behind all this, and that’s a positive right there.

Now, I’m not necessarily a big fan of expletives. But this isn’t just random cursing. It indicates they are engaged and involved in what’s been going on — and they’re letting Biden know that they’re not happy with what he’s done, in a way that’s stark and that will get noticed.

Could we call it “resistance?” Except these resisters aren’t burning things down or physically attacking people like the leftist resisters. It’s Democrats who changed the rules here and spent the last four years undermining the president with everything they had. So, they really don’t have any standing to object to some chants now.

There are so many things that the people chanting could be upset with Biden about, from inflation to COVID restrictions. But this followed the Afghanistan debacle, with Americans service members getting killed and Americans being stranded there; so, I’m thinking that’s likely at least part of the impetus that kicked it off.

The chants were in evidence again this weekend.

The Alabama Crimson Tide made the stadium reverberate, as everyone chanted.

The chants also broke out at the Evander Holyfield fight last night, along with “We want Trump!”

Now, this may actually be reaching Joe Biden himself, as we reported in an earlier post.

When Biden was visiting the Shanksville, PA, 9/11 memorial for the 20th anniversary remembrance, he even tried to use the victims to defend himself, “What would the people who died be thinking? They think it makes sense to be doing this kinda thing where you ride down the street and see a sign that says ‘F so-and-so’?” Just a really disgusting exploitation of the dead for his own purposes.

But it’s also clear that he’s seeing the discontent, seeing the diving polls, and he’s not a happy camper. He should try listening, but that would require humility and accepting that he’s not right — something he hasn’t seemed inclined to do on anything. So, Biden’s likely to hear more of this in the coming weeks.