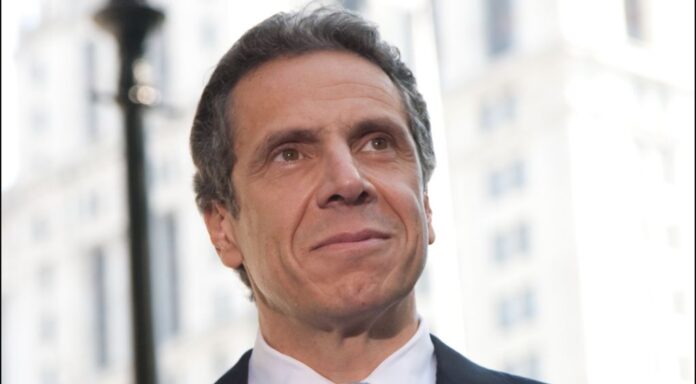 Andrew Cuomo is the one Democratic governor that is in over his head with fraud and sexual crimes. The love scandal that has swamped his life and political ambitions have all but shadowed over the murders at the nursing homes. The pile of unethical decisions and behaviors is drowning the man to the point that he has forgotten what honesty and integrity are about.

Cuomo’s shrinking world is closing in on him. The accusations of sexual talk and advances continue to mount as a 25-year-old girl came out and stated that the governor asked her if she would sleep with older men and told her that he would love to sleep with girls over 22 years of age.

Joe Biden may sniff girls, but Andrew Cuomo wants to sleep with them. Cuomo has moved from denying allegations to making statements that he “was just playing around but now that I think about it I might have been misinterpreted.” There is no soul around that will believe the man after he covered up the nursing home murders event.

Cuomo went on to mention that “Questions have been raised about some of my past interactions with people in the office. I never intended to offend anyone or cause any harm. I spend most of my life at work and colleagues are often also personal friends.”

The predator mentions that he makes sick jokes at work that he thinks are funny but fails to consider if the person they are directed at thinks they are funny. The problem is that if the girl had said yes to him, the outcome would have been different. Cuomo would end up with another child with another woman.

What Cuomo considers teasing is seen by everyone else as sexual harassment. He went to try and justify himself by stating, “You have seen me do it at briefings hundreds of times. I have teased people about their personal lives, their relationships, about getting married or not getting married. mean no offense and only attempt to add some levity and banter to what is a very serious business.”

His advisors had to get him to say that “I now understand that my interactions may have been insensitive or too personal and that some of my comments, given my position, made others feel in ways I never intended. I acknowledge some of the things I have said have been misinterpreted as an unwanted flirtation. To the extent anyone felt that way, I am truly sorry about that.”

This is not an apology. It is more of an excuse as he blames the trouble on the other person’s inability to understand what he was joking about. The fact is that the man put his moldy foot in his mouth and has to wade through the bittersweetness of his foul, sexually loaded talk.

Lindsey Boylan has accused the governor of touching her and making advances on her. But everyone knows that Cuomo objects. Any other man would have been placed in jail after such accusations. Cuomo should be wearing prison suites instead of the ones he has hidden away for the royal banquets.

The insensitive response comes to the surface as he states that “I never intended to make anyone feel uncomfortable, but these are allegations that New Yorkers deserve answers to. That’s why I have asked for an outside independent review that looks at these allegations.”

His independent review is nothing more than another attempt to cover his rear-end. And in another twist of fate Cuomo has been forced to stop his people from pressuring the accusers from voicing their case.

He came out and said that “Separately, my office has heard anecdotally that some people have reached out to Ms. (Charlotte) Bennett (Cuomo’s second accuser) to express displeasure about her coming forward. My message to anyone doing that is you have misjudged what matters to me and my administration and you should stop now – period.”

The only reason he heard it was happening is that he let it happen. Democrats are known for pressuring people into silence by threatening them with harm and death if they persist down their most dangerous path. Cuomo’s days are numbered just like every other Democrat living a lie.