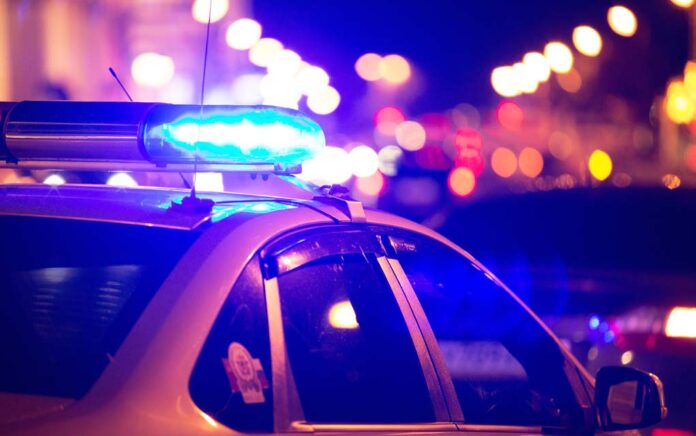 2020 was a pretty rough year, pretty much for everyone and everything. And we all chalked it up to just that… a lousy year. We couldn’t wait for it to be over and to get on with our lives, forgetting about the pain and misery left in the wake of the new decade.

Sure, COVID case numbers are going down, what with the introduction of a viable vaccine and all. And the stresses of what was undoubtedly one of the most controversial elections in modern history are finally over.

But when it comes to the national discussion on race and police brutality, things have not necessarily quieted much.

No, we don’t hear about riots taking place all the time and entire neighborhoods going up in smoke or gunfire. But that’s not exactly because it doesn’t happen. It’s only because the media doesn’t focus on it much anymore, wishing that if they maybe turn a blind eye to it, it will all go away.

And the proof lies in some alarming numbers put out by the National Fraternal Order of Police on Monday.

According to a statement made by the group, a whopping 45 law enforcement officers have been gunned down in the line of duty in the last two months—eleven of those ended in the loss of that officer’s life.

But even more disturbing is that these deaths weren’t part of just one or two massive shootouts or instances.

In fact, for at least 13 of those officers, shots were fired intentionally and directly at police in 10 separate ambush attacks.

They are being targeted and gunned down for nothing more than the badge on their chest.

We thought 2020 was a bad year for police, with 264 officers dying in the line of duty. This is a 96 percent increase from the previous year of 2019, where only 135 were killed while on duty. In July of last year alone, officer deaths increased by 28 percent compared to the previous year, according to ABC News.

And as the National Law Enforcement Officers Memorial Fund reported, deaths during the line of duty were up significantly in every category for 2020.

But if the numbers for the current year are accurate and any indication of what the rest of 2021 will look like for police, things are only getting worse.

Take just the past few days, for instance.

In Stanley, Virginia, Officer Dominic “Nick” Winum (48) was shot and killed while performing a routine traffic stop. The alleged murderer, Dakota Richards (29), was chased from the scene and later shot after making a “threatening movement” against police.

Later that same day, in New Orleans, Tulane University Police Cpl. Martinus Mitchum was working security for a high school basketball game. When he refused admittance to one individual who refused to wear a face mask, he was shot in the chest. According to The Associated Press, the shooter, John Shallerhorn, was later arrested and charged with first-degree murder of a policeman.

And in Georgia on Saturday, Lt. Justin Bedwell was shot while sitting in his car after pursuing a vehicle that was driving erratically. When the two suspects eventually stopped the truck, they proceeded to try to break into a home, and when they failed, they turned on Bedwell. Both men were later arrested for murder as well as several other charges.

These were officers just performing their usual duties and trying to keep the peace, making traffic stops and working security. And yet, because they wore a uniform and a badge, they became a target of hate and evil.

No wonder cities everywhere are having a hard time keeping people on the law enforcement payroll. No one wants to work in a profession where they are hated and decried as problematic. Neither do they want to support communities that don’t appreciate all that they do or leaders who won’t back them.

No, “defund the police” is no longer quite the mantra that it was. But that’s only because far too many leftist politicians lost elections by running on it. Unfortunately, the sentiment is still out there and apparently only getting worse.

It’s high time America recognized these men and women for the heroes they are and condemn any movement against them.