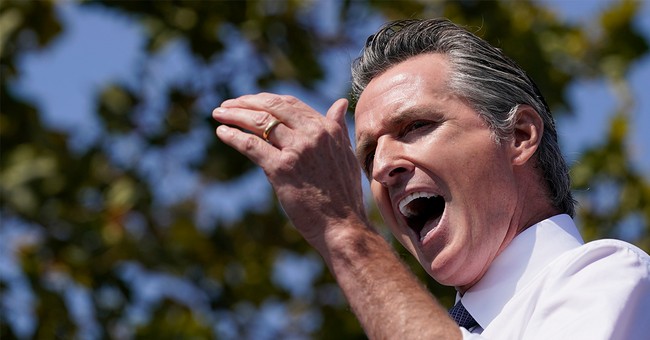 I am essentially an “unhoused” human. We were renting a lovely home in the San Gabriel Valley from an elderly woman. It was the perfect place for my work-from-home life, and a good location from which my husband could commute to his job. There was a large backyard for our three doggies to frolic in, too.

Because our landlord was very ill, we knew our days were numbered, but were blessed to have three years there. Sadly, she passed away at the end of 2020, just as the pandemic was supposedly turning a corner. The executor of her estate quickly put the property up for sale, and in California’s crazed real estate market, it sold within a matter of weeks. The new owner was not aware that there were tenants on the property until she bid on it, and she was very nervous about how to handle it. She bought the place to occupy herself, not to rent. Thankfully we negotiated, and she gave us several months to find new housing.

To make a long story short, because of the state of Gavin Newsom’s California, with an eviction moratorium holding rental and foreclosure housing in artificial limbo, supply is even more stretched than it normally would be. Landlords and private landowners are pissed off because of the government’s overreach on what is supposed to be their private property. Some are charging exorbitant amounts for rentals, or they are not renting them at all. Then there are companies like Blackstone, that are buying up housing and renting it out at inflated prices.

So, we have been essentially priced out of the rental market, even though we have a steady income. Because of our own personal circumstances and setbacks, trying to purchase a home has also been fraught with difficulty, as the median home price in Southern California is $800,000.

We choose to hang out at an extended stay hotel, but we are not alone. I have met other families staying here who are also unhoused. Family with kids in a good school district, who are trying to find an affordable place to rent–and that will take children. Just like us with our animals, they have particular needs. One size does not fit all. Some of them are disabled, and apparently there is even a lock on this form of housing, making it difficult for them to be placed. Many of them are low or fixed income. All of us in the same boat. Hardworking Californians unable to locate housing because our government created a hostile environment for landlords, and an unaffordable atmosphere for new and affordable housing.

We have had people recommend the RV life, but I find that extremely demoralizing, and just as expensive as what we are doing now.

And all those empty, price-inflated condos that no one is living in across San Francisco and Los Angeles? They are converting them into homeless apartments, that the “unhoused” drug addicts, vagrants, and zombies will get to trash for one-quarter of the price.

Thanks to Governor Hair Gel, this is his latest stab at tackling homelessness. It’s a new launch off Project Roomkey called “Project Homekey.”

Today, Governor Gavin Newsom’s Administration announced the next phase of its nation-leading homeless housing initiative, Homekey, with the release of funds from the Governor’s $2.75 billion investment to expand the program to purchase and rehabilitate buildings – including hotels, motels, vacant apartment buildings, tiny homes and other properties – and convert them into up to 14,000 more permanent, long-term housing units for people experiencing or at risk of homelessness. Homekey prioritizes speed and cost-efficiency by making competitive grants available to local governments across the state.

“California is moving with unprecedented speed to house people experiencing homelessness, through Homekey,” said Governor Newsom. “We are going all in on solutions that work – tackling the homelessness crisis head-on with a constructive, compassionate approach and a focus on serving those with the most acute behavioral health needs. This investment will allow us to build on Homekey’s groundbreaking success – creating more housing, faster and with accountability and efficiency.”

Roomkey was started during the pandemic, and hoteliers were paid to use their empty rooms to house the homeless. This went as expected, as the California Globe reported:

Project Roomkey had become notorious for leaving hotel rooms largely vacant. At its highest point, the state only filled out about half of the hotel rooms it had rented, with statistics from May showing that only around 7,000 of the 17,000 hotel rooms had been filled. While counties such as Sacramento and San Francisco were well above the filled-room average, counties such as San Diego and Orange barely reached a quarter filled. In the city of Los Angeles, the filled percentage never reached above 30%.

“It was a $100 million program that, in the end, only housed less than 5,000 people,” former county-homeless liaison Edgar Powe explained to the Globe. “Not only was it mismanaged, but they forgot how many homeless people actually volunteer for this sort of thing.”

“Seasoned homeless people are vary wary of relocations because they have been burned by them before, such as anytime they are forced out of areas for big events that come up. Others prefer the street and there is no helping them. Others have a line on more stable housing and don’t want to jeopardize it. Others didn’t want that 7 P.M. curfew and found it insulting. And the list goes on.”

His Hairfulness thinks doubling down on failure is the perfect solution for a chronic crisis.

From the Los Angeles Daily News:

Emergency powers are supposed to be temporary, but in California, Gov. Gavin Newsom has used the coronavirus emergency to plow ahead with a costly plan to deal with a long-term problem: homelessness.

In April, Newsom formally unveiled Project Roomkey, which aimed to accomplish the twin goals of “helping” hotel and motel owners and housing homeless people, while billing the federal government for what was said to be 75 percent of the cost. The goal was to secure leases for 15,000 hotel and motel rooms statewide. In Southern California, officials set their own goal of 15,000 rooms in Los Angeles County.

Now it’s June, and Newsom is “pushing to parlay short-term federal pandemic relief into a long-term remedy for the state’s homelessness crisis by buying vacant hotels and turning them into permanent housing,” according to a report in Politico. He has also released language for a budget trailer bill that says the conversion of hotels and motels to homeless housing “shall not be subject to a conditional use permit, discretionary permit, or to any other discretionary reviews or approvals.”

So, Newsom can waive CEQA requirements for this, but for regular, hard working Californians who just want an affordable home? Sucks to be you!

And Newsom continues to piss on landowners and disenfranchising small businesses because, you know, ’emergency powers’ and all.

A number of cities already have expressed concerns about the transformation of hotels into temporary homeless shelters. Courts have told them they can’t exercise their usual powers over land use until the emergency is over.

But it’s starting to look as if the governor wants to keep the emergency in effect indefinitely, retaining the unlimited power to enter into contracts, override local governments and impose arbitrary restraints on the operations of businesses in the hospitality industry.

In the meantime, homeless are gonna homeless:

While families who have great jobs, great schools for their kids, but just cannot find an affordable home, continue to be left out in the cold, and rack up expenses in order to keep a roof over our heads while we search for that needle inside a needle in a haystack. We do this in order to not join the vagrants, drug addicts, and zombies out on the cold concrete, but it’s a fine line.

For all my readers who want to spout, “just move,” don’t even bother. Not everyone has that option, and not everyone wants that option. One of these families has been here for generations, I mean all the way back to the 1800s. Why should they leave that heritage behind because of a tyrannical governor? Why should they have to?

Others have a supportive life or faith community that means the world to them, and they are not willing to give that up and start over. Others have aging parents in their care, or elderly parents in boarded care who they refuse to leave behind, and where attempting to move them would be catastrophic.

Instead, we work to change this environment that has been foisted upon us where we can. Right now, on DAY 3 to the Special Election on September 14, we will vote “YES” to Recall Gavin Newsom.