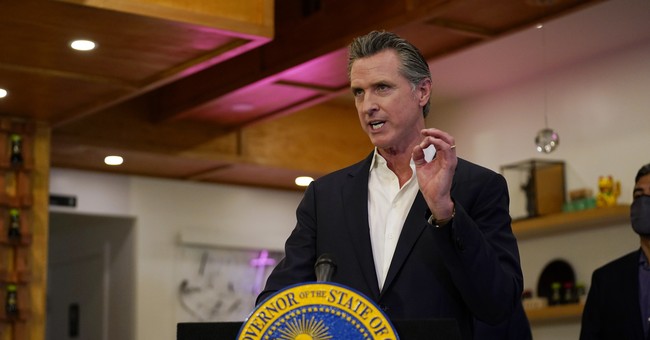 There are lots of “discouraging” polls out today, showing that the campaign to Recall Gavin Newsom is losing steam, and that the anti-Recall efforts are winning. It almost seems like they either held results or manufactured results to spill out one after the other four days from the Special Recall election on September 14.

One of the reasons why those who support the Recall are not losing confidence is because just like the Mama Bears, there is a voting bloc that has not, or cannot be quantified by pollsters: Independent professionals, freelancers, self-employed and gig workers who have been decimated by AB5.

We really are not a voting bloc: we are a coalition comprised of Democrats, Republicans, Independents, and No Party Preference. We don’t fit in any voting bloc, which can be used as a powerful tool in contests. We are Zoomers, Millennials, Generation X, and Baby Boomers, and we span the spectrum of race, gender, and socioeconomic status. I seriously doubt if there is a pollster that could quantify us or our ability to influence this Recall election.

Remember the Businessman Mike Garcia, the Republican who squared off against Assemblywoman Christy Smith for the District 25 congressional seat? Mike Garcia is now Rep. Mike Garcia, in no small part due to the efforts of independent professionals who were affected by AB5. While in the Assembly, Smith advocated and voted for AB5, and then insulted us by not only trying to deny she supported the law, but by claiming self-employed didn’t pay taxes.

We helped to win a congressional seat, and we can do even more to unseat a corrupt governor.

This so-called “Gig Workers” law was supposed to right the wrongs of misclassification of 1099 independent contractors who should have been employees. The author of the law was aimed at Uber and Lyft, but in its wake, the law effectively wiped out entire sectors and sometimes entire industries, like independent theaters and live music. What this law has essentially done is remove a person’s right to choose to work as an independent contractor or a gig worker in the state of California.

My life as a freelance writer, reinvention coach, and Yoga instructor was upended, as were the lives and livelihoods of millions of others. While estimates put us as low as 1 million to as high as 4.5 million, there may well be more of us.

The far-reaching destruction of the law is still making itself evident. Over 600 professions have been affected so far, and we are still counting.

Despite advocacy and petitions to our lawmakers to not do this to us, Assemblywoman Lorena Gonzalez (D-Evil Harridan), at the behest of powerful unions such as the California Federation of Labor, strong armed the bill through committees, offered an astroturf testimony by a supposed misclassified worker to justify the bill, and filled the re-election coffers of Democrat legislators in vulnerable districts to ease the pain of any backlash when they voted “YES” on the bill.

The California Legislature passed AB5 on September 11, 2019, and Gavin Newsom signed it into law on September 18, 2019. The law took full effect on January 1, 2020, just a few short months before COVID-19 disrupted our nation and world. Governor Gavin Newsom, anxious to polish his national leadership credentials, rushed to close the State.

“There is opportunity for reimagining a [more] progressive era as it [relates] to capitalism. So yes, absolutely we see this as an opportunity to reshape the way we do business and how we govern.”

Sadly, the lives of independent professionals was part of that reshaping as we became grist for the mill. Not only did we lose our livelihoods in the middle of a pandemic, but the California Employment Development Department chose to play games with the Pandemic Unemployment Assistance (PUA) funds that were supposed to be designated specifically for 1099 workers. You see, to add more poison to an already toxic law, Gonzalez (who “authored” the law), made the CA EDD the enforcement arm of the law, and penalties that resulted from misclassifying an employee as an independent contractor could be enacted retroactively, up to $25,000 per violation. As soon as an independent professional filed a claim, they were set up to be investigated, and then targeted for breaking the law, then fined.

The law is pure evil.

Many of us work from our homes, which is the beauty of independent work. If I did not have dogs, I would have to force myself to get up from the couch; the majority of what I do can literally be done from there. So, having your income stolen from you, and then being forced inside because the government deemed certain professions essential and others not, was another form of torture. Many of us could have been earning an income while being locked down, but doing that was now against the law.

Despite our letters, requests, petitions to lawmakers, and cries to Newsom himself to suspend the law during the pandemic, those cries fell on deaf ears. In every COVID press conference, Twitter, and Facebook forum, we were ignored, and sometimes blocked.

So, to say that we will do all we can to shut this governor down doesn’t cover the half of it. Some people lost their homes, others their health, others their sense of purpose and being.

A fractured and failing pandemic response was made incredibly worse by this selfish, elitist, and tunnel-visioned dictator.

If the Protecting the Right to Organize (PRO) Act and its aberrations are not shut down, the rest of the nation will get a taste of what California independent professionals have experienced over the past 21 months.

There are only four days left, and all the Recall proponents, including independent professionals are mobilizing; particularly with Dementia’s Joe’s latest overreach with forcing vaccine mandates. While Dementia Joe will no doubt lose in court, there will be no saving Californians from Newsom’s executive wrath should he succeed in beating the Recall.

We want our livelihoods and our State back. And we will do what it takes to see it done.