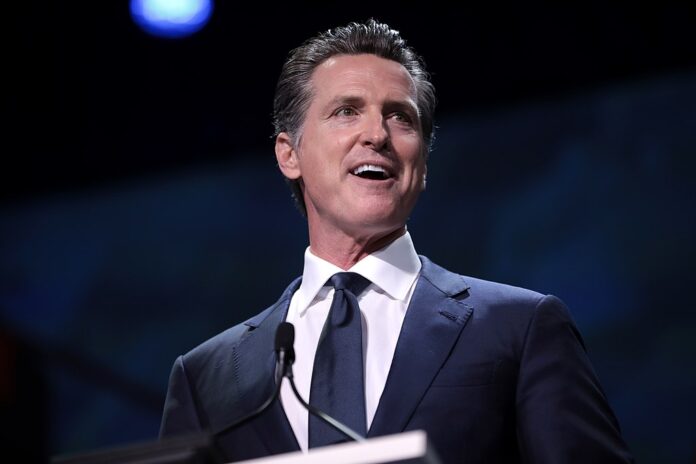 Californians are joyful as their favorite hated governor continues to give them reasons to call for his removal from office. Newsom’s 1.8 million fan base has all signed the petition to have him recalled on the grounds that he is the worst governor the state has ever seen in its long history of statehood.

Newsom must think that he is immune to the laws and regulations that his administration passes down on hurting people. He loved the environment that COVID-19 created because it allowed him to become drunk with power from the emergency powers he was granted.

He relished at the moment as he ordered people to stay home and for them to close their businesses. He rejoiced when he was able to order all residents to cover what he deemed as their offensive faces.

His actions of shutting down electricity to millions of people under the guise of stopping wildfires showed how far gone the man has become. Newsom continues the fight to shut down electrical power plants with no foreseeable replacement options. And he refuses to manage the land and manage the water table so his people can have the access they need to survive.

Newsom has long abandoned the people of California. He loves the idea that he can stroll down the streets and not worry about seeing other people. He rejoices that his kids can get ahead of the rest of the youth in the state because his kids can go to school while all the others are forbidden to learn.

But Newsom allows the liberal elite some freedoms only if they send millions of dollars to their projects. He then grants them no-bid contracts worth multi-millions. Contracts that other companies could only wish of having the mandated right to place their bids on.

In order for Gavin Newsom to keep his greedy hand in other people’s pockets, he has to dine and wine with them. He puts together lavish dinner parties and invites all the millionaires that profit from his illegal ventures. They go to restaurants mask less while others are forced to mask-up and avoid dining out.

The mentality that what is suitable for the ordinary peasants will never be good enough for the royals as they squander the state tax money. All of his lavishly living is coming to an end as the millions of people that he has screwed over are calling for his head.

Rational people would expect to see Newsom hiding in his office and avoiding all public appearances because of the messes he creates. But that is just not the case for the power-hungry snake because he cannot stay away from the lavish dinners of the rich and elite that he has grown accustomed to.

Naughty Newsom was found a second time dining indoors at a restaurant in Fresno, California. All of Fresno County is forbidden to open up because they are still on the governor’s no-go list. He has locked down the county like a maximum-security federal prison. People cannot go outside without putting on their hazmat suits.

And yet, here sits Mr. Newsom living the high life at a restaurant in Fresno county. The video that reveals Newsom’s violation of the rules clearly shows a restaurant closed to the public but is open to the chosen few. Newsom stands in the background, appearing to interact with the video like there is nothing wrong. Except he is violating the law by participating in the illegal party.

And what makes the matter even more sinful is that his office lies about the issues. They claim that he never dined out. But the video very clearly shows the liar dancing around in the background in a supposedly closed restaurant laughing like there is nothing wrong with what he is doing.

The recall experts have even more ammunition to push people to sign the petition. The count is 300,000, more than the 1.5 million needed to recall Newsom. The March 17 deadline cannot come quick enough as the liberals are in an all-out retreat to cover their own backsides while their fearful leader is thrown to the wolves for his day of reckoning.