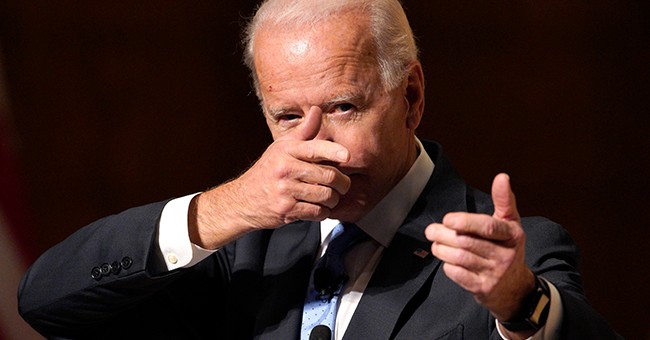 The picture of Joe Biden figuratively taking aim at the American people and shooting them between the eyes shows the danger of coming with any gun control bill that he would like to pass. He faces the issue of whether or not he will remember what that bill is supposed to look like after months of fake shooting people like a little child.

The Democratic-controlled Senate has not done one single thing in an effort to pass a reasonable bill. At first, they tried to save America by attempting to indebt the nation with a stimulus package that could not be paid back in two lifetimes.

The $1.9 trillion COVID-19 bill has hit one bump after another and seems to be stalling out for lack of support. Democrats hate stalled bills. They are willing to conveniently forget about the first failed bill and move onto another topic. One that they could pass without much effort.

Their focus is moving towards gun control. The mass shootings in the past two years are the means by which they can try and justify the need to strip people of their rights to own weapons. They want to make it next to impossible for anyone to get a gun.

BREAKING: Sources in DC report that Congress will be voting on Biden’s extreme gun control legislation as early as next week.

Possible that they will bypass committee process.

The National Rifle Association and the National Shooting Sports Foundation keeps their hand on the pulse of Democratic ideas. They are reporting that the liberals are going to make a move to require stricter background checks. The idea is to limit the number of people that can buy a gun. Once they can reduce the number of guns the public owns, the better their chances of a forceful takeover of the country.

The NRA is pointing out the devious liberals are looking to avoid committee involvement and simply bring a bill to the floor for a vote. If they can silently pass the bill, then no one would ever know that they lost some more freedoms under cover of liberal politics.

Jim Clyburn is the idiotic Democrat that brought up the Enhanced Background Check Act of 2021. The way he named the bill makes it sound like it’s an official movement that everyone is going to want to be a part of.

His bill is designed to close down a loophole that gives a gun store the right to sell a gun to a person that has a pending background check pending for over three days. Clyburn cannot admit that the federal background check system is slow and cannot handle current checks’ weight. So, the federal government will have the power to freeze all background checks if they decide that no one should be able to buy a gun.

The current law allows the gun seller to determine if the person is a felon or not and proceed with the sale. Clyburn loves power and wants to make that choice for the gun seller. So, he wants to take away that right to choose to sell or not. Clyburn wants to extend the three-day deadline to 30 days, and then the seller could make the sale. Just another way big brother government wants to make everyone dependent on them.

Larry Keane is the Senior Vice President and General Counsel for the NSSF. He stated that “If the bill is the same as what was introduced in the last Congress, we will be opposed to it now as we were then. This bill increases the burden on small business firearm retailer owners and flips the burden of proof on its head. This would make it incumbent upon the law-abiding citizen to prove his or her innocence to the government to exercise their Second Amendment right to purchase a firearm instead of the government being responsible for proving an individual is prohibited.”

It clearly is a direct violation of the Second Amendment. Keane noted that “This could potentially deny a law-abiding citizen their rights for up to a month, while they are saddled with the burden of proving their innocence. That’s un-American.” The Democrats certainly are “un-American.”

Joe Biden wants to expand government control. He wants to take away Americans’ freedoms because he feels that it is not fair to him. Because he wants the power to tell people when to brush their teeth and go to bed at night.