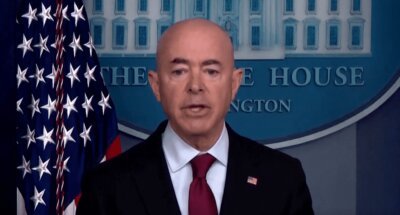 Reporters who wish to take a closer look at juvenile detention centers are no longer going to be able to do so. The same media that wanted to spend all of the time in the world agonizing over the conditions of minors who came across the United States-Mexico border seeking asylum are now trying their best to make excuses.

That’s what the left side of the aisle does best. They whine and whine and whine about what takes place when the Republicans are in charge, only to reverse course once they have control. So why can’t reporters check out the juvenile detention centers and get a clear view of the lies that are being told right now?

Biden’s already got his ready-made excuse in hand. You see, it’s not because they are trying to cover anything up, no sir. It’s because Biden wants to keep these reporters and the children who locked inside safe from the pandemic. The Daily Caller asked to have a tour of the facility and they were almost immediately rebuffed.

“Reporters will not be allowed inside the Carrizo Springs facility for unaccompanied minors that was recently opened under the Biden administration in Texas, a Health and Human Services Administration for Children and Families (ACF) spokesperson,” the statement reads. The spokesperson was not done there, either.

“The Office of Refugee Resettlement (ORR) is not hosting media tours of unaccompanied children (UC) facilities currently due to the COVID-19 pandemic,” the media outlet was informed. “If media tours resume, we will send a media advisory,” the statement concluded. It’s awfully funny how that works, isn’t it?

We went from “oh my! there are children in cages!” to “no big deal” pretty darn quick. The funniest part of all? The pictures that the mainstream media loves putting up of the “cages” that the children are forced to live in date back to the Obama presidency. This is something that they are never, ever going to admit to, though.

There’s nothing to worry about here. Homeland Security Secretary Alejandra Mayorkas is claiming that they are about to “look into” this. You know what that means! We are going to be treated to a whole lot of talking and very little action. Mayorkas decided to say a bunch of nothing but we will allow you to be the judge.

“I’m happy to take a look at that, I owe it to my people to understand the situation and the reasons why access was denied,” said Mayorkas. “Let me share with you what I communicate to the workforce and we’ll leave it at that because it’s in the service of openness and transparency. Don’t shrink from criticism, just work very hard not to deserve it.”

The restrictions are being eased on the United States-Mexico border and immigrants are taking this as an opportunity. Why wait to seek asylum through the proper channels when you can decide to simply waltz over the border and make yourself at home instead? That’s basically what the Democrats are offering up. The cage facilities that everyone hated are being reopened and no one on the left seems to care.

“We are challenged at the border,” said Mayorkas during the briefing that took place on Monday. “It is a stressful challenge.” This is very true but the Biden administration is buckling underneath the strain of that challenge. This is what happens when the liberals are given their chance to sit at the big table. The things that they used to whine and cry about are now perfectly okay all of a sudden.