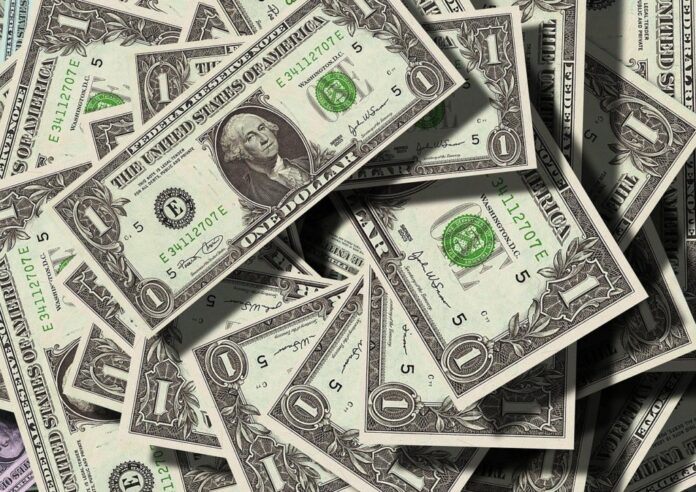 Can you believe it? You probably can. The Democrats are using the new COVID bailout excuse to ram through a liberal wish list of radical policies.

Americans are hurting, and Democrats only care about lining the pockets of their radical left pet causes, bailing out blue states, and feathering the nests of liberal special interests.

During this serious moment when our country needs to come together with real solutions, the Democrats are instead using this “crisis” to push a $1.9 trillion spending bill that’s filled with special interest pork projects that have nothing to do with COVID relief.

The 591-page bill includes: $1,400 stimulus checks for families of illegal immigrants; taxpayer funding for abortion group Planned Parenthood; and a job-killing federal minimum wage increase from $7.25 to $15 per hour, which would crush small businesses that have fought for months to survive.

But wait, there’s more! The COVID bailout also includes billions in teacher union payouts (as a thank you for keeping schools closed?); $100 million for an underground electric train in Silicon Valley.

The bailout increases the national debt by $1.9 trillion, risking runaway inflation which would destroy Americans’ life savings and turn the U.S. into Venezuela.

It’s up to conservative patriots in America to stand united against this radical and reckless money printing adventure by the Democrats, otherwise your children and grandchildren are at risk of being saddled with crippling life-long debt.

Meanwhile, Joe Biden has pledged to donate $2 billion of taxpayer money to the corrupt World Health Organization and wants to distribute vaccines to other countries while nearly 80% of Americans are still waiting in line to be vaccinated.

The Democrats are putting illegal immigrants and special interests first and the American people last. Who will stand up for U.S. taxpayers and small businesses?

Under President Trump it was America First. How quickly it’s turned to America Last.

Conservatives are leading the charge in opposing this so-called “relief package.”

“The more we learn about it, the worse it sounds,” said Congressman Jim Banks. “That’s why we’ve put together a fact sheet to educate Americans exactly how their taxpayer dollars are being spent by Democrats.”

While the American people need targeting relief with a focus on small businesses, jobs, re-opening schools and getting everyone who needs a vaccine a vaccine, the corrupt Democrats in Washington are holding the American people hostage and using COVID as an excuse to rob the U.S. Treasury for corrupt special interests and raise the minimum wage while most businesses are collapsing as a result of the unconstitutional lockdowns experienced through this pandemic.

He continued, “Expect votes to stop Washington from actively killing jobs during a recovery by terminating the Keystone pipeline, that job-killing a one-size-fits-all minimum wage hike and whether to bar tax hikes on small businesses for the duration of this emergency.”

Meanwhile, opposes senator Chuck Schumer, the newly minted Democratic Senate Majority from New York, said that Senate Dems offered up a fresh batch of lies and said that he is looking to help the country take a “strong step forward” and pass “a rescue plan to lift the country out of the crisis.”

“Starting this afternoon, we begin the process of debating amendments to the budget resolution. When that process is complete — at whatever hour — we’ll vote on final passage and pave the way for Senate committees to begin crafting the rescue plan itself in coordination with House committees as well,” Schumer said.