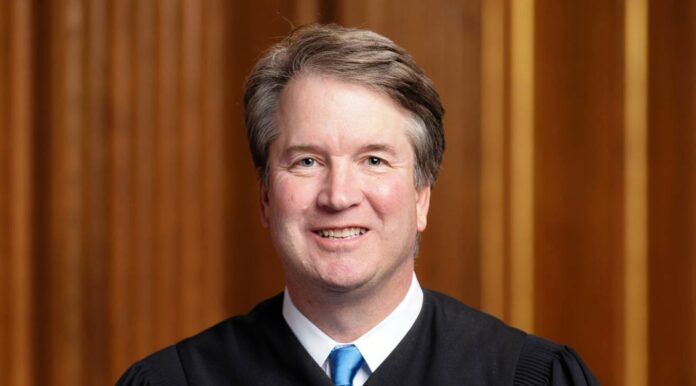 Turmoil, strife, and general unrest surrounded the confirmation of the last three Supreme Court justices, but none more than Justice Brett Kavanaugh.

When the time came for former President Donald Trump to nominate someone to replace the retiring Anthony Kennedy, to say that tensions were high would have been an understatement.

Liberals were irate that the “orange man” was going to have a second nomination and conservatives were apprehensive that there would be anyone as wonderful as their recently beloved Justice Neil Gorsuch. But all of those emotions came to a head, and Kavanaugh had what is likely the most high-profile and hotly debated Supreme Court nomination any of us will see in our lifetime.

I won’t bore you going over the details again: basically, Kavanaugh wowed everyone, people came forward accusing him of a kind of-rape from more than three decades ago, liberals all gathered claiming all women must be believed (boy did that age badly) and there was general screaming and mayhem in the highways and byways of Congress.

However, as so often happens when liberals lose some push for injustice, they also had a backup plan, which began in earnest when Trump nominated his third Supreme Court Justice, Amy Coney Barett. The backup plan was to get under the skin of these dedicated jurists and claim that since Trump was allowed to nominate them, they must be his puppets.

Whether those cries of outrage have affected any of the decisions made by justices today, we might never know (seeing as we can’t go back and change time). According to a report in The Hill, Kavanaugh “dismayed conservatives …  hen he cast what appears to be the deciding vote preventing the Supreme Court from taking up pro-Trump election lawsuits.”

The second-to-most-recent Supreme Court Justice pulled away from the high court’s most conservative jurists, Clarence Thomas, Samuel Alito, and Neil Gorsuch, all three of whom responded as if they might have taken the decisions personally.

In Thomas’ dissent, he said he was “befuddled” by the court’s lack of desire to take up the disputes, thanks to their late October decision that gave reason to believe they would hear the case:

“One wonders what this Court waits for. We failed to settle this dispute before the election, and thus provide clear rules,” Thomas wrote in what some analysts saw as a thinly veiled swipe at Kavanaugh. “Now we again fail to provide clear rules for future elections. The decision to leave election law hidden beneath a shroud of doubt is baffling.”

Not only did Kavanaugh get to feel the wrath of Thomas’s scathing dissent, but despite making it clear that they agreed with Thomas, Alito and Gorsuch also wrote their own dissents on Monday.

“Thomas, Alito, & Gorsuch seem pretty ‘befuddled’ & ‘baffled’ at Justice Kavanaugh today,” Sanders wrote on Twitter. “He voted with them to take a case on the scope of the ‘legislature clause’ last fall, but strangely is absent in granting cert in the Pennsylvania case.”

Julie Kelly, a fierce Trump defender had harsher words for the Supreme Court Justice, calling his move cowardice in the face of pressure from Democrats and the news media.

“One can only assume since Kavanaugh changed his pre-election position on Pennsylvania, threats of promoting a ‘Big Lie’ about election fraud got to him,” Kelly wrote in American Greatness.

Was Kavanaugh’s decision the right one? Well, that depends on a few things, not the least of which is whether or not you believe in moral absolutism, that people are basically bad and must be prevented from doing bad things, (and a little more recently) whether you think the constitution should be followed down to the letter.

Regardless of any of those concerns, Kavanaugh proved one very crucial thing: he’s not in Trump’s pocket and probably never will be.